verbatim wording of the beginning of a heat warning from The Weather Network:


A hot and humid air mass is entrenched over Southern Quebec. Overnight lows will remain near 20 degrees Celsius and will only give little or no relief.

i sincerely hope the person who wrote that notice has "little or no" intentions of going into the world of crisis counseling, because they will not be successful in said role. i mean, i know it is still crazy hot... but lie to me a little bit, please!

in other news, i gave him a chance to redeem himself by picking a more weather-appropriate topic from the treasure chest, and boy did he deliver! 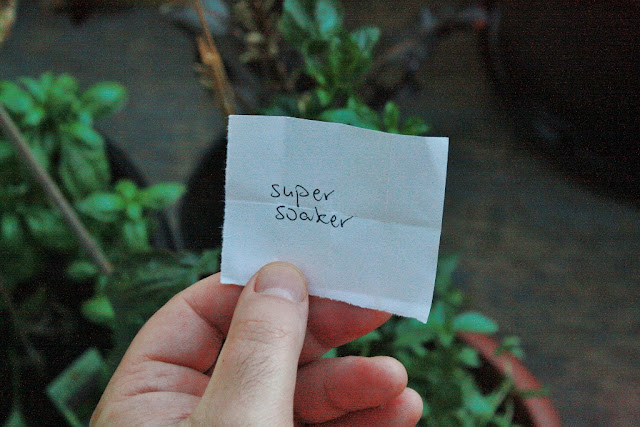 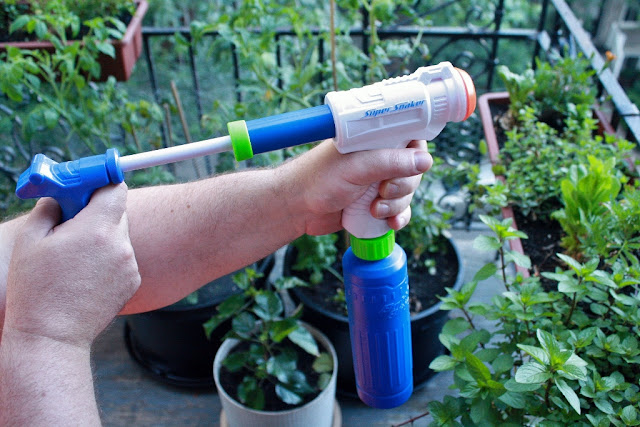 it should be noted that i was usually the one who fretted about the squirrels messing with the outdoor plants, and he usually told me to stop stressing over pointless things. he is incredibly zen that way. then, one day, a squirrel chopped the top off his favorite indoor plant—the same one the little cat is bent on destroying.

he had moved the plant outside with the best of intentions, hoping that it would be happy to get some sun. like i said. so zen. however, he underwent a complete reversal of philosophy while standing there, pressing the two severed ends together, as though willing them to become one.

so, now we have a Super Soaker, which was purchased that very same day. it is kept always "loaded" near the balcony door, so he can grab it while he races out there to chase away a squirrel... in his underwear.

i did have to impress on him the necessity of taking a quick glance over the railing before blasting away, lest he splash some passerby. luckily, this is still Canada, so said soaked stranger would probably apologize for being there while he was spraying water at a squirrel high up in a tree. they are an overly-polite people who are used to dealing with lunatic neighbors (read whatever you like into that statement). plus, i strongly doubt anyone would climb five flights of stairs in a fit of rage, just to punch him in the face.

although... that would be hilarious too. 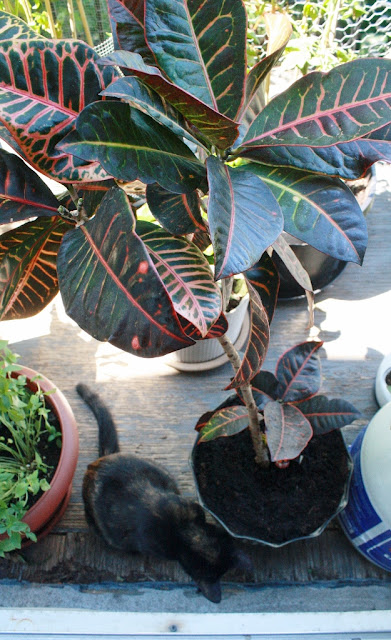