8: the evolution of everything...

him: what are you doing?
me: some dinky puzzle that guesses your age based on the tv shows you've seen.

him: how old did it say you were?
me: twenty-five. i can live with that.
him: i'm kinda surprised, because all you watch are documentaries and knitting podcasts. i expected it to say that you were at least ninety.

i have not settled on the method of my revenge, but i guarantee you... it will happen.

full-disclosure: this is going to sound a bit "ranty", as it concerns a recent addition to my list of 'pet peeves'. you do not want to see the whole list. trust me. let us just file this one under what i like to call curmudgeony.

i have been watching a lot of documentaries of late, and the word "influence" tends to come up a lot in those discussions. any time a group of people came into contact with another group of people, each one tended to leave some lingering change on the other group's "traditional" way of doing things. in a word... influence.

our art, architecture, fashion, weapons of warfare, and even the food we eat all serve as an (ever-changing) record of who we have met and where we have been. look up the history of any subject you can imagine, and you will in short order find yourself reading about what influenced it... and what influenced the influences.

change is the single-greatest common factor in the evolution of everything. 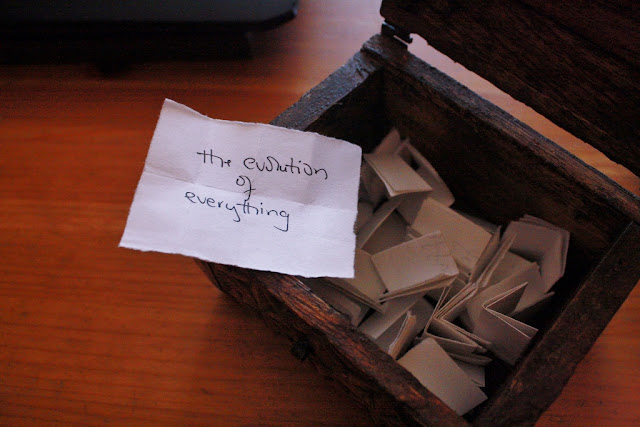 so, what does this have to do with my pet peeve, you are asking? patience, young grasshopper. i am getting to that bit.

it requires a bit of background.

there is a concept called "stranded colorwork knitting" in which you use different colors of yarn to "paint" a design. each individual stitch acts in a manner similar to an individual pixel in a digital image. the "stranded" part refers to the practice of leaving the strand of yarn that is not being used at any given point suspended at the back of the work.

take, for example, the stranded colorwork design on my Branches & Buds sweater from last year. this is the front of the knitted fabric, where you can make out the individual "pixels" in the overall motif. 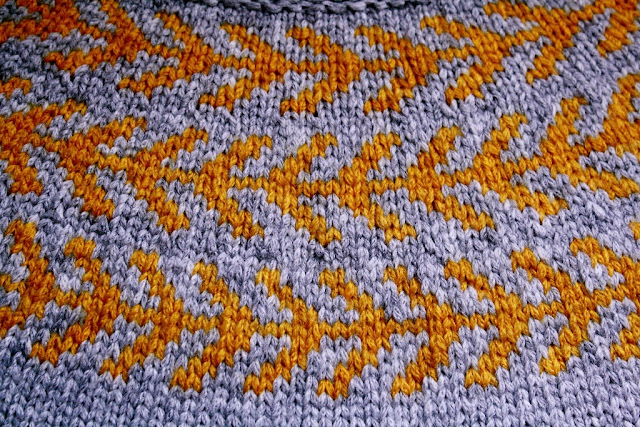 while on the back of the fabric (inside the sweater), you can see where the yarns were "stranded" when not in use. there is less yellow than grey knitted on the "outside" of the design, which means that there is more yellow yarn stranded on the "inside" of the sweater. i still prefer this side of the pattern. 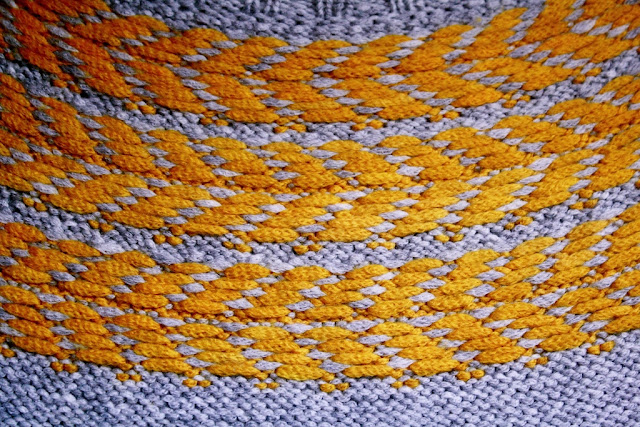 most modern day knitters tend to refer to all stranded colorwork as "Fair Isle knitting". however, the term "Fair Isle" technically refers to a specific style of stranded knitting, which is named after an island where said style originated.

[i found this (quick) explanation of the different styles of stranded knitting, should anyone really care about the details. ]

and, what does that have to do with history documentaries and evolution? well... that is the point of the whole thing. start looking into the background of any of the specific styles, and you will shortly find yourself reading about some culture being influenced by another culture, and the lingering effect it had on this most humble of things... their style of knitting.

to arrive at the "style" currently associated with any art form, from any given part of the globe, they had to abandon some part of the style(s) that existed before it. this means... and here is the crazy part... they had to be open to change. total madness, i know.

and THAT is when i stopped watching.

where is the pet peeve in all of that, you are wondering? well, it is more of a concept than an actual "thing". in the effort to "honor" and "preserve" all sorts of "traditions", we seem to have settled on the notion that it is a sacrilege to make room for the ongoing evolution of said thing.

now, i do not want you to misunderstand what i mean in that criticism. it is incredibly important to acknowledge and document all sorts of things, if only for history's sake. however, the suggestion that we arrest any further changes to something—that came about as the result of a change—is... well... just a tiny bit insane.

imagine if the first person who suggested the concept of illnesses being transmitted through "germs" got run out of town for failing to honor the "traditions" of witchcraft, demonic possession, and imbalanced bodily fluids that were believed to be the cause of every known disease. sheer madness!

and, yes, i fully recognize the inherent absurdity of me elevating this to the level of a pet peeve, but it really does bother me. and that, some may say, is the very nature of a pet peeve. i also cringe whenever someone pronounces "coupon" as kew-pon, but that one pretty much explains itself.

i was sharing this frustration over the "Fair Isle" debacle with my favorite animator, who gets to be on the front-line of my rants about wholly unimportant things. i got to the end, and i stood there... waiting for some kind of response.

him: so... what is Fair Isle again?
me: it's a style of stranded colorwork named for an island called "Fair Isle" in the Shetland isles, up in northern Scotland.
him: oh! i thought you were saying "feral". you know, like this...

at which point, he raised both hands like "claws" and started grimacing like a trapped, rabid raccoon.

and THAT is when i stopped watching.