2: too hot for that foolishness...

i am drinking iced coffee out of a large jar that once housed pasta sauce (Progresso pasta sauce, if you need all the details) while intermittently staring out the wall-of-glass in hopes of some signs of the thunderstorm that is supposed to be headed this way. 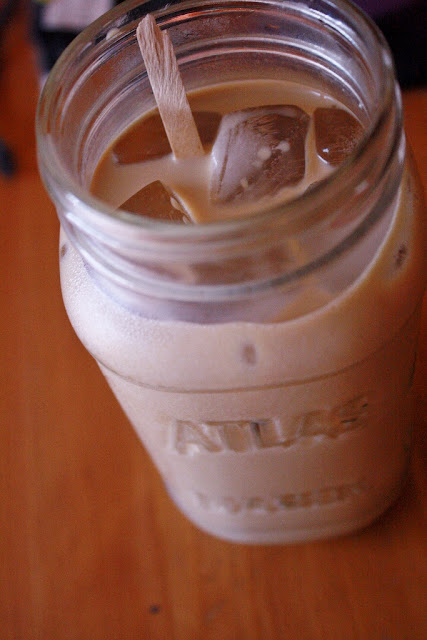 if all of the Meteorologists who spend their days salivating over such things are to be believed, today stands a chance of being the hottest day of the year. that is, of course, unless it gets even hotter still.

it should be noted that i do not deal well with humidity. hot, steamy tropical rain forests are lovely for the awesome display of animal and plant life, but give me a chilly Autumn evening and a warm, snuggly sweater any day.

so, there i was, opening my precious mini treasure chest, when i had a great idea. i would let him pick the first topic. what does he pick? the super-thick, super-warm, super-woolly cardigan i have been neglecting working on. so, now i get to talk about, and look at, and touch a snuggly wool and alpaca cardi, on this, the—possibly—hottest day of the year. thanks, sweetie! 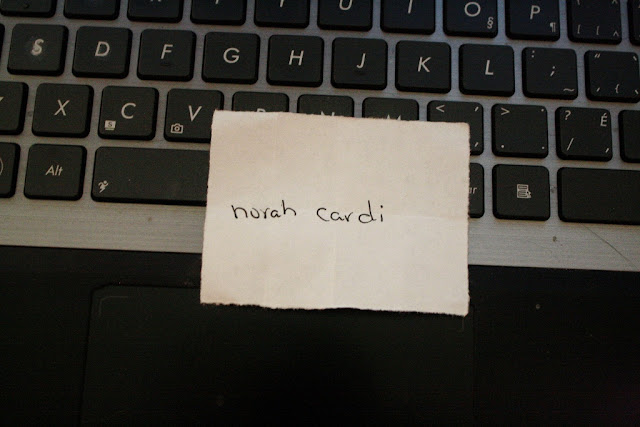 full disclosure: it was tucked away in a corner, in a plastic waste-paper basket that i purchased for the express purpose of holding this sort of large project. then i dropped a bag with some other thing on top of the cardi, and i proceeded to forget that it existed... since like last October. i know. i know. 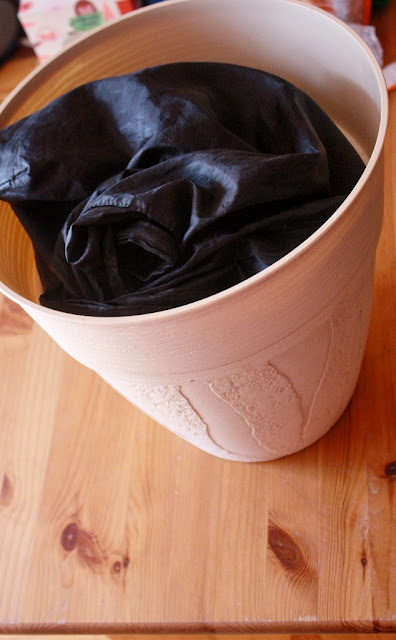 but, there it was, all these months later, safe and snug at the bottom of that little bin. 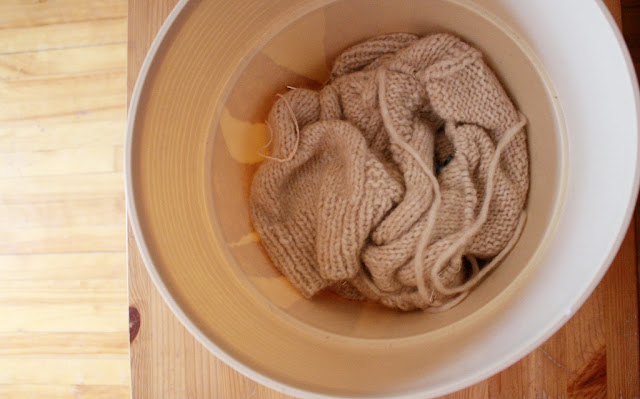 it looks like an amorphous blob, but it really is the start of a lovely sweater. 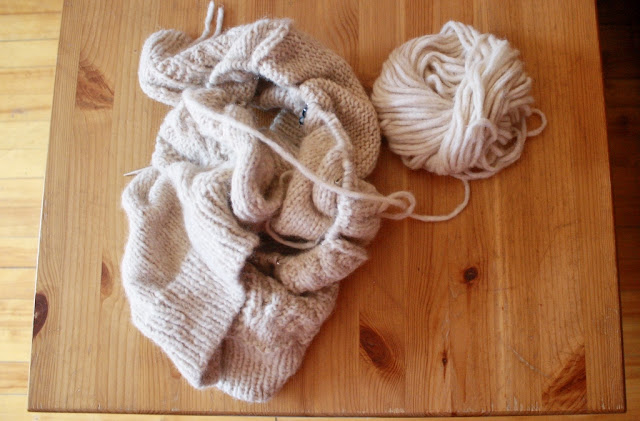 this was my favorite project from the knitted cables book by my fave designer Norah Gaughan (i embarrassed myself gushing about her last year). 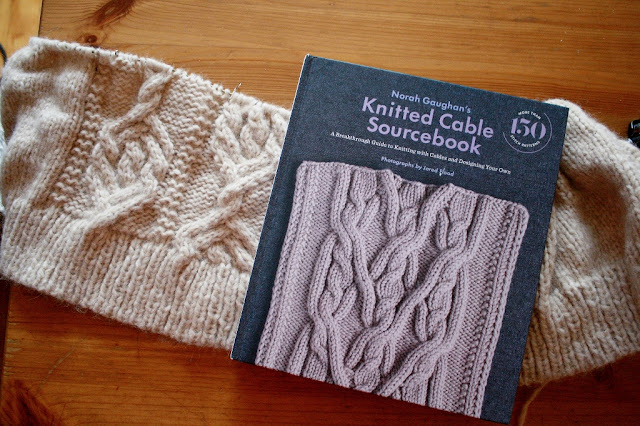 i absolutely have to talk about this yarn. it is the Cloud Mix by Drops, and it is sooo appropriately named! this is what is referred to as a blown yarn, which means that instead of being spun like a "regular" yarn, the loose fibers are blown through a thin mesh tube, and they poke out through the little holes to form the soft, fuzzy surface of the yarn. it is the pillowiest thing you could possibly imagine, hence the "cloud" name. 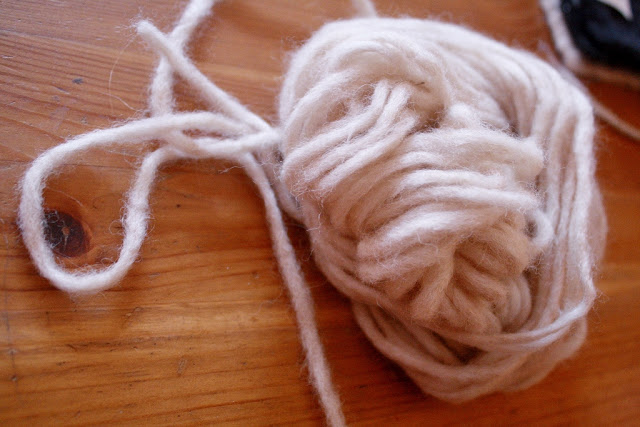 i would take a picture of myself rolling around on the floor with this yarn, except it is way too hot for that foolishness. plus... you know... that would be just a tiny bit insane. trust me though. it has some serious squish. 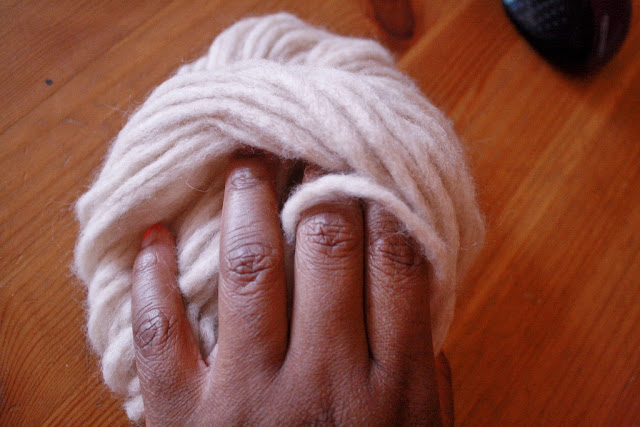 the yarn was recommended to me by the owner of my local yarn shop, as she thought the wool content (7%) was low enough for me to wear with my allergic-to-everything skin. the tube is polyamide (21%), and the majority of the blown fiber is super-fine alpaca (72%), so most of what you "feel" is the alpaca... and i can (usually) tolerate super-fine alpaca. i fell in love at first squish.

naturally, it was discontinued, so i bought everything she had of the (almost) black yarn and crossed my fingers that it would be enough.

i just went digging through my tins of swatches to prove the next point. 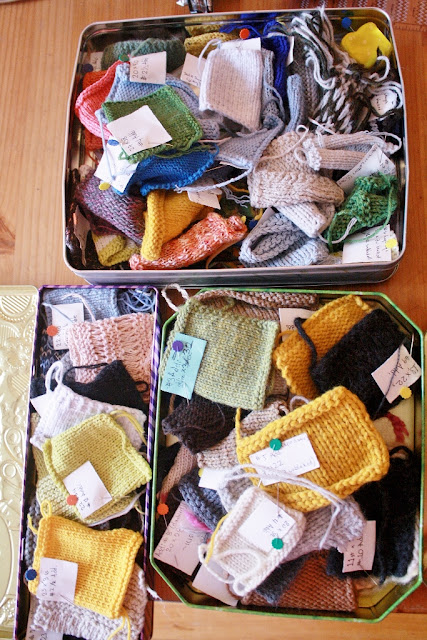 do not ever knit anything in black... ever!!! you will end up losing your mind. 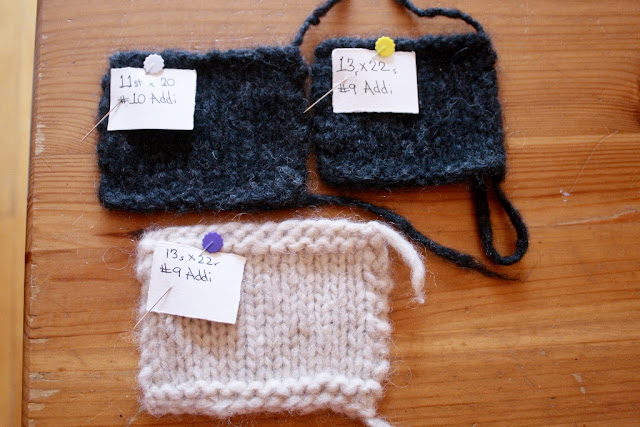 i could barely see the stitches as i was knitting, so all those fancy cables would be a nightmare. my sanity and i both agreed that it made sense to return to the yarn shop and swap for a lighter color. so now those cables are popping all over the place. 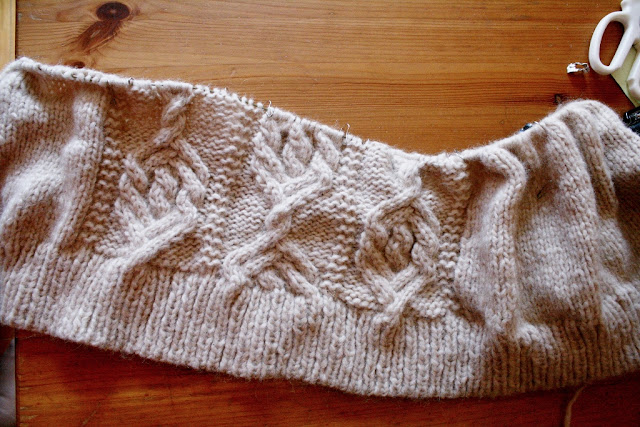 problem is, i had neglected this for so long, that i picked up the basket today, fully expecting to take a few quick snaps of the project, before unraveling it and starting all over again. it had been so long, that there was no way i could figure out where i was in that complicated array of cables.

however, i had already knitted far more than i realized—eight and a half inches from the bottom, to be precise—and it would be wrong to undo all that work. 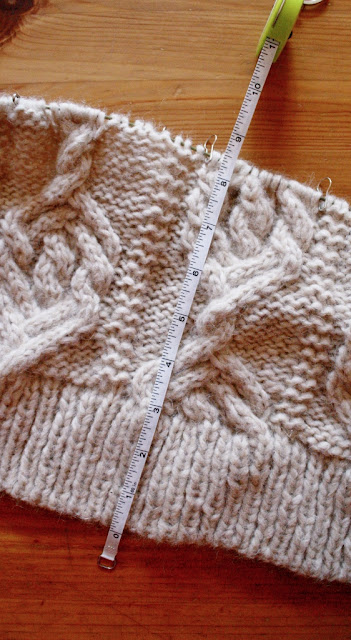 plus, despite the apparent complexity of the thing, it really is a simple, straightforward design. i had marked the page with the cable i was using (as i preferred that over the one Norah used in the original design), and it took about five seconds to figure out where i was on that chart.

this is the original cable (#132, left) and the one i went for (#130, right), which is a slightly less-complex version of the same basic hexa-cable design. i am really excited to get back to working on this project. that is... once it stops feeling like a rotisserie oven outside. 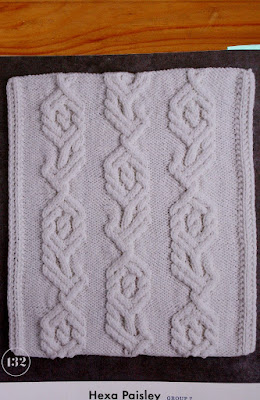 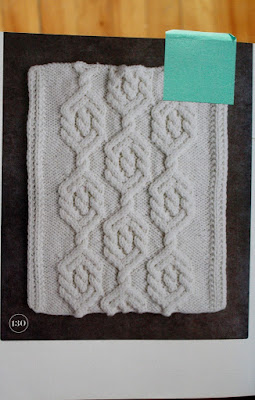 there was a brief flash of light in the distance, so i have added a few extra cubes to my glass. now it is time for nature's own light show. cheers.