so, i bought this book last week... 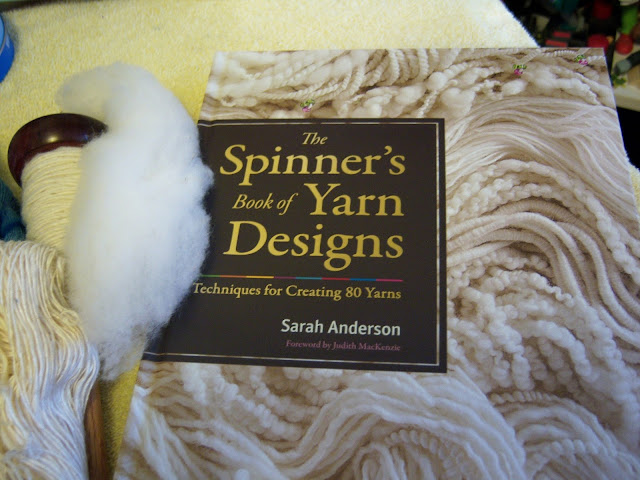 and read every word on every page the same day ( i actually fell asleep with the book in my hand that first night). there were so many beautiful photos and techniques to get the spinner's imagination racing, but my heart just about stopped when i got to this page... 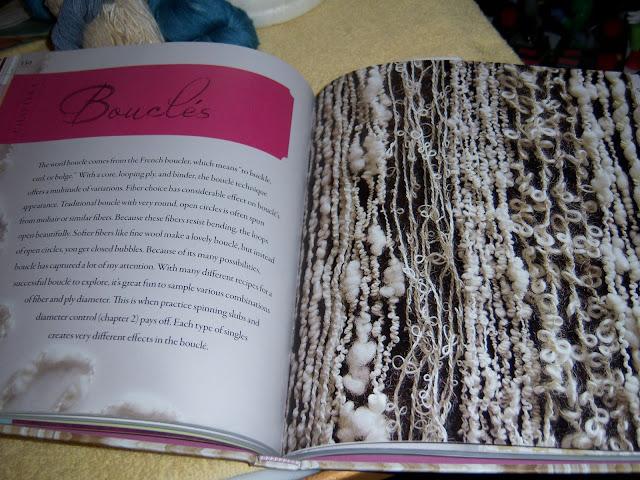 now, i must admit that my French vocab is limited to the items that end up on a shelf in either my kitchen or bathroom, but this is one word of French every knitter instantly recognizes.  bouclé (literally, curly) is a type of yarn that is characterized by a curly or knobbly texture, depending on the materials used.  i have adored handspun bouclé yarns from a distance, but i was always too intimidated to give it a try... until now.  so, with my new bible at my side, i searched for some suitable materials to sacrifice to the gods of trial-and-error... and i began to spin. 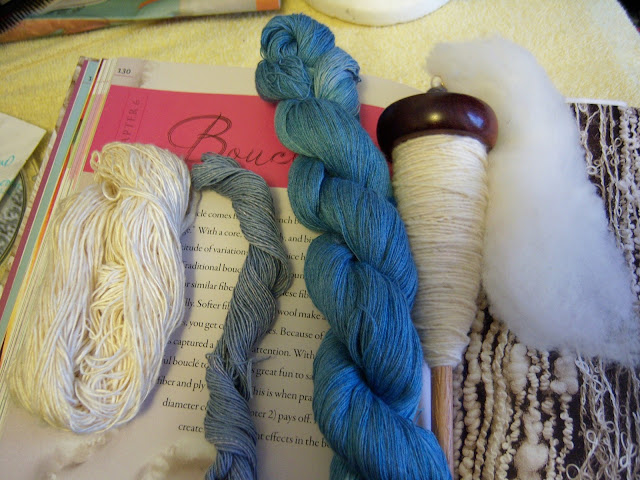 i settled on using the wool as my loop and the blues as my core and binder, so i continued spinning wool singles... 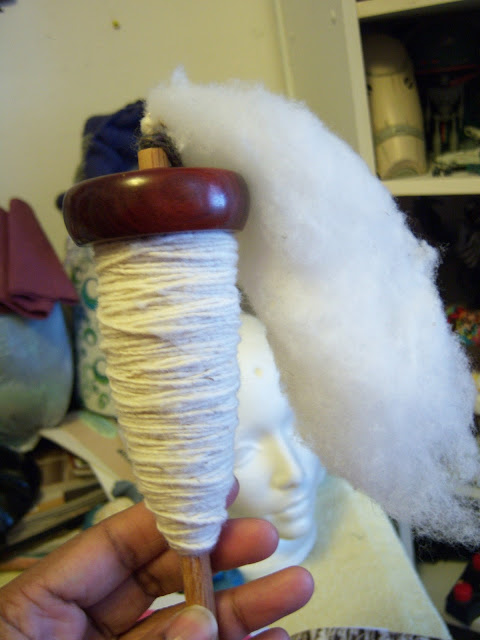 then wrapped that around my core. that blue yarn made for a lousy core and snapped multiple times from being held taut.  several splices later, i finally had a bobbin full of wrapped core yarn ready for the final step. 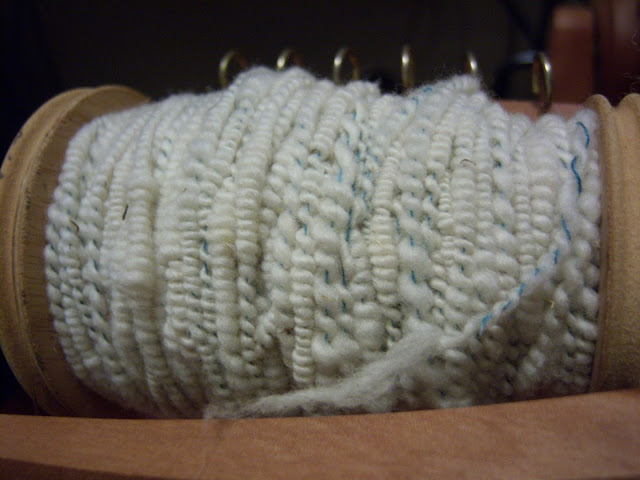 using the same stupid-thin thread as my binder, i plied it back in the opposite direction, doing my best to open up the curls along the way (which would have been easier had i not done so thorough a job of wrapping the core). because of the color contrast, it is incredibly easy to see where i lost control of the process. 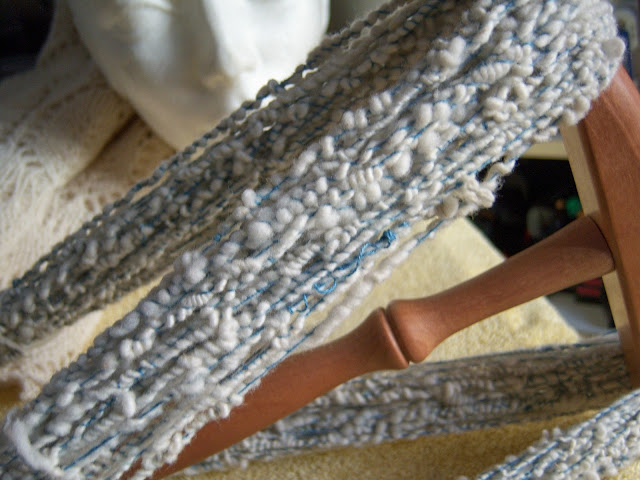 even after spending the night on the niddynoddy, there is zeroooo balance in this finished yarn.  it is curly in more ways than one. 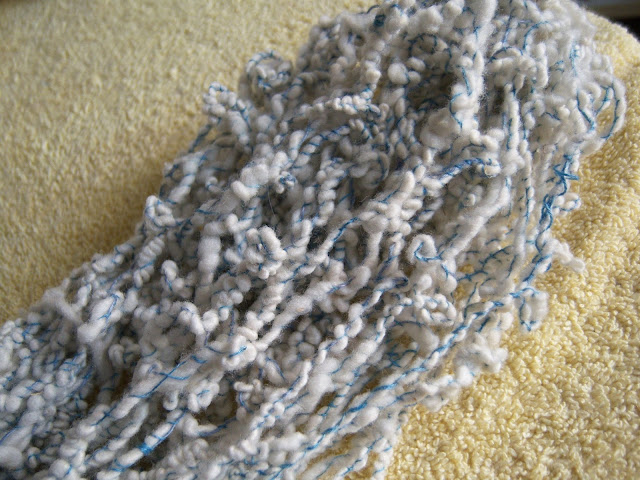 ...but everything looks pretty twisted into a hank.  not bad for a first effort. 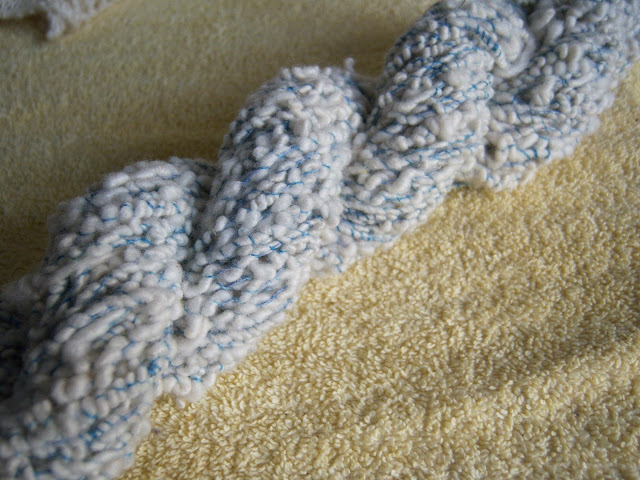 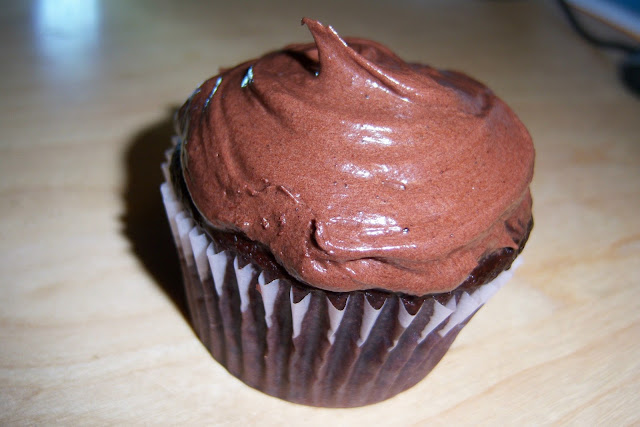 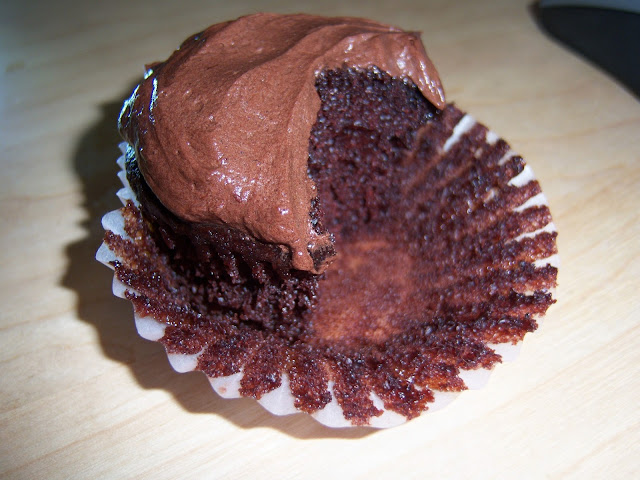