two random observations before i begin.

1) kimchi-flavored Korean ramen topped with slices of Jamaican jerk pork is the cultural collaboration that will bring about world peace. 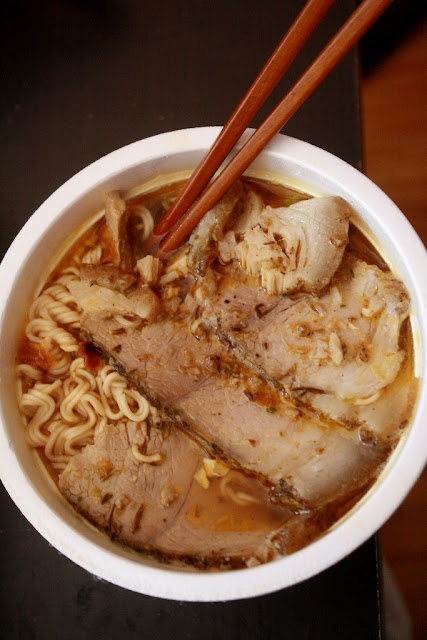 2) this does not look like a cat who is guarding my strawberries from squirrels. 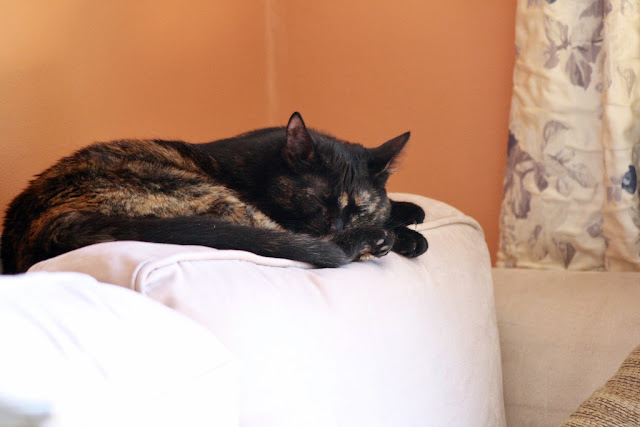 i pointed out said fact to her, so she yawned and did this. useless! 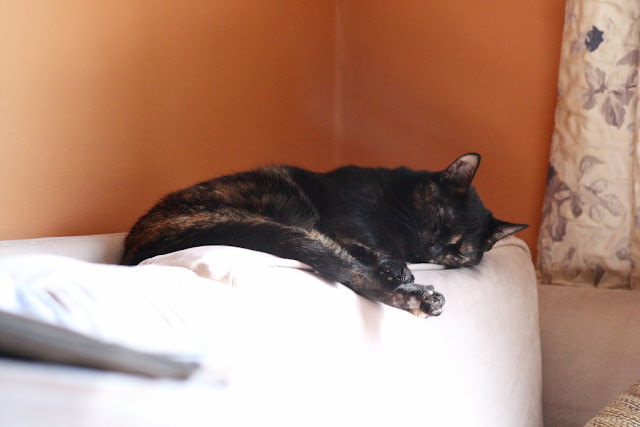 i had a birthday recently, which we decided to celebrate by turning it into a three-day weekend of random stuff. seriously... if you had a choice between going to work on Friday, or driving around Montreal doing random stuff, which would you choose??? exactly!

so, off we went, and stuff we did, including a stop at a little shop on the other side of town that sells... well... random stuff. you can see why i had to go there, right? exactly!

we purchased a large bag of soy-wax pellets, and several bottles of scented oils, which will be featured in an upcoming crafty adventure... for TWO. [i emphasized that last bit in case he thought that his involvement with said project ended with sniffing bottles of essential oil in a shop that looks like a slice of Hippie Heaven.] 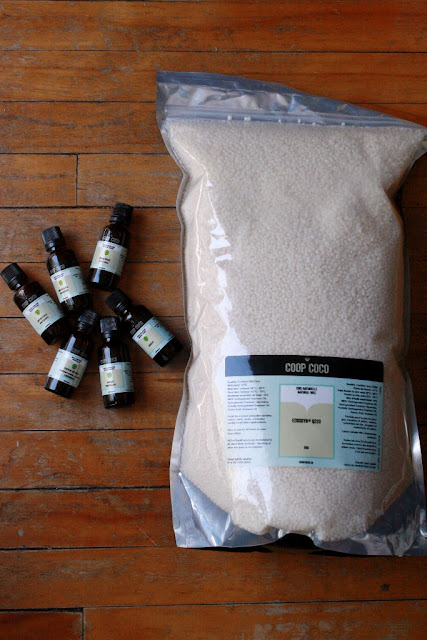 we were a few blocks away from Marché Jean-Talon, so we absolutely had to spend some time there. to call this place a "farmer's market" is an understatement of epic proportions. it is a MASSIVE wonderland of random stuff (mostly) of the culinary variety. there are stalls and specialty shops selling just about any food ingredient you could imagine. best of all are the delicious smells of things being cooked all around you.

there is a little house across the street from the market that i want to live in one day, mainly because it has a large arbor of grapes growing in the front yard (take THAT, people with your pointless front lawns), but also because it is so close to what is possibly my favorite spot in all of Montreal... possibly.

we managed to forego the temptation of having lunch at the market, but we did enjoy a few samples of things as we wandered around, filling our bag with fruits and veggies as we went.

we spent quite a bit of time daydreaming among the sprawling assortment of transplants and other gardeny things, but as the balcony garden project is already at past capacity, we had to walk away empty-handed. we did, however, stumble upon someone selling tiny potted indoor plants, which has been at the top of my must-find list.

we got a small assortment of tropical stuff for another upcoming crafty adventure. 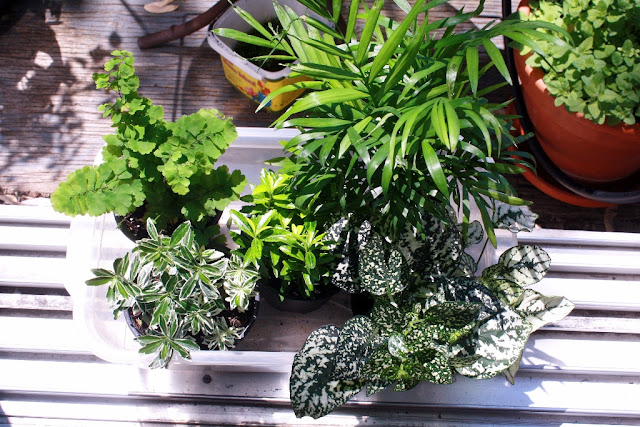 i need to start working on this particular project soon today for two reasons. having made the mistake of letting his dad in on the plant-related plans, we are now receiving almost-daily inquiries into its progress. we tend to procrastinate overthink things before getting them started, which is driving his dad bonkers, as he is the type who has the thing made/built before the idea is done forming in his head.

then there is my crazy cat Cordy (the useless littlest one of the three) who refuses to take my word for it that miniature palm trees are not an exotic kitty snack. 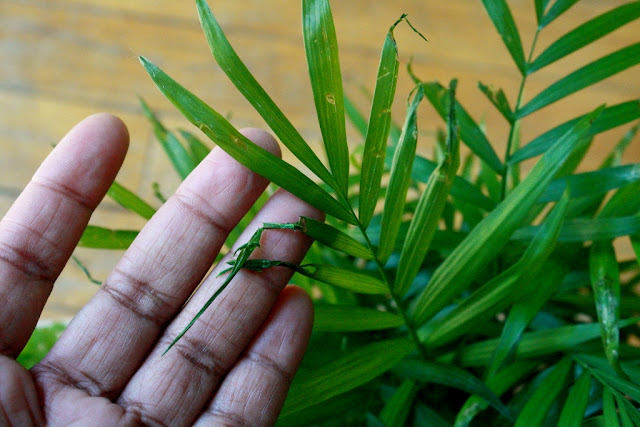 so now i have to hurry up and get the thing done, if only to 1) put his dad out of the stress of waiting, and 2) save me from strangling an adorable little cat.

we decided to take the super-scenic route and drive through downtown on our way back home. we had to settle instead for crawling  past downtown (for reasons which will become clear in a moment). we eventually got home, where we grilled some amazing things, and i i was introduced to what may become my new favorite beer. the sun was shining, and i was in my happy place. best birthday ever!

my three-day-weekend birthday happened to coincide with the Montreal Grand Prix, which usually involves the entire downtown area being blocked off from vehicular traffic. as a result, the city of Montreal—which is already renowned for being a "party town"—turns into a veritable carnival with locals and all of the folks who roll into town just for the race doing their best to delight all of the senses.

so where did we head for Saturday's adventure? that is correct! we went to the opposite end of town, and spent some time at one of the large (quiet) parks along the canals. [fun fact: Montreal is an island in the middle of a large river, so there are lots of canals and other waterfront sites to be enjoyed literally all around the city... cause... you know... it is a small island... in a river... literally...!]

and what did we do at the quiet park, you ask? we wandered around, collecting bits of stuff that used to be attached to the trees. this too will feature in an upcoming project. everything is upcoming it seems. 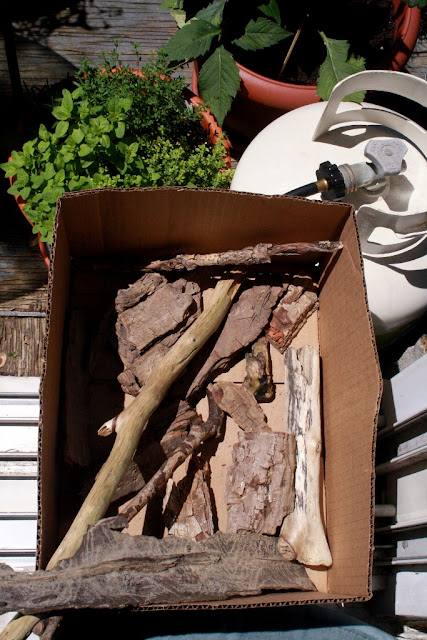 this little twig chose me, but i cannot seem to figure out how to make it do magic stuff. there i was, walking around  the park, twig in hand, practicing my swish and flick wholly unapologetically. i hear what you are thinking... and i really do not care. 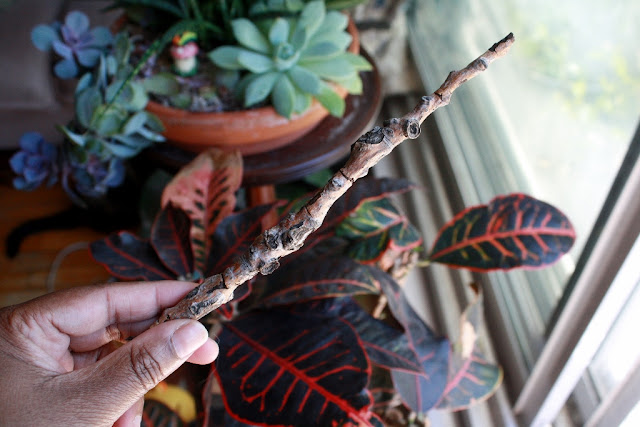 we went over to the other side of the park, where i was mesmerized by people fishing, but that did not last long, as evening was slowly creeping in, and the bugs (and my allergies) were telling me that it was time to flee. so we came home... and grilled some other delicious things.

then we decided to relax on Sunday. so we stayed in... and grilled even more delicious things. we also watched a lot of random stuff during the course of the three-day-weekend, (mostly) of my own choosing, as it was my own personal national holiday. [i will be apologizing for years for subjecting him to the terror that was the Michael Bay Transformers films, which will (likely) be the subject of an upcoming post/rant about frustrating things.]

with so much stuff upcoming, i better get started with all the necessary procrastinating planning.