it just crossed my mind that i have a blog that has been woefully neglected in recent months, so here i am with a (somewhat) random glimpse at the (highly-unexciting) stuff going on around these parts.

apparently it has stopped snowing in Canada long enough for this to happen. 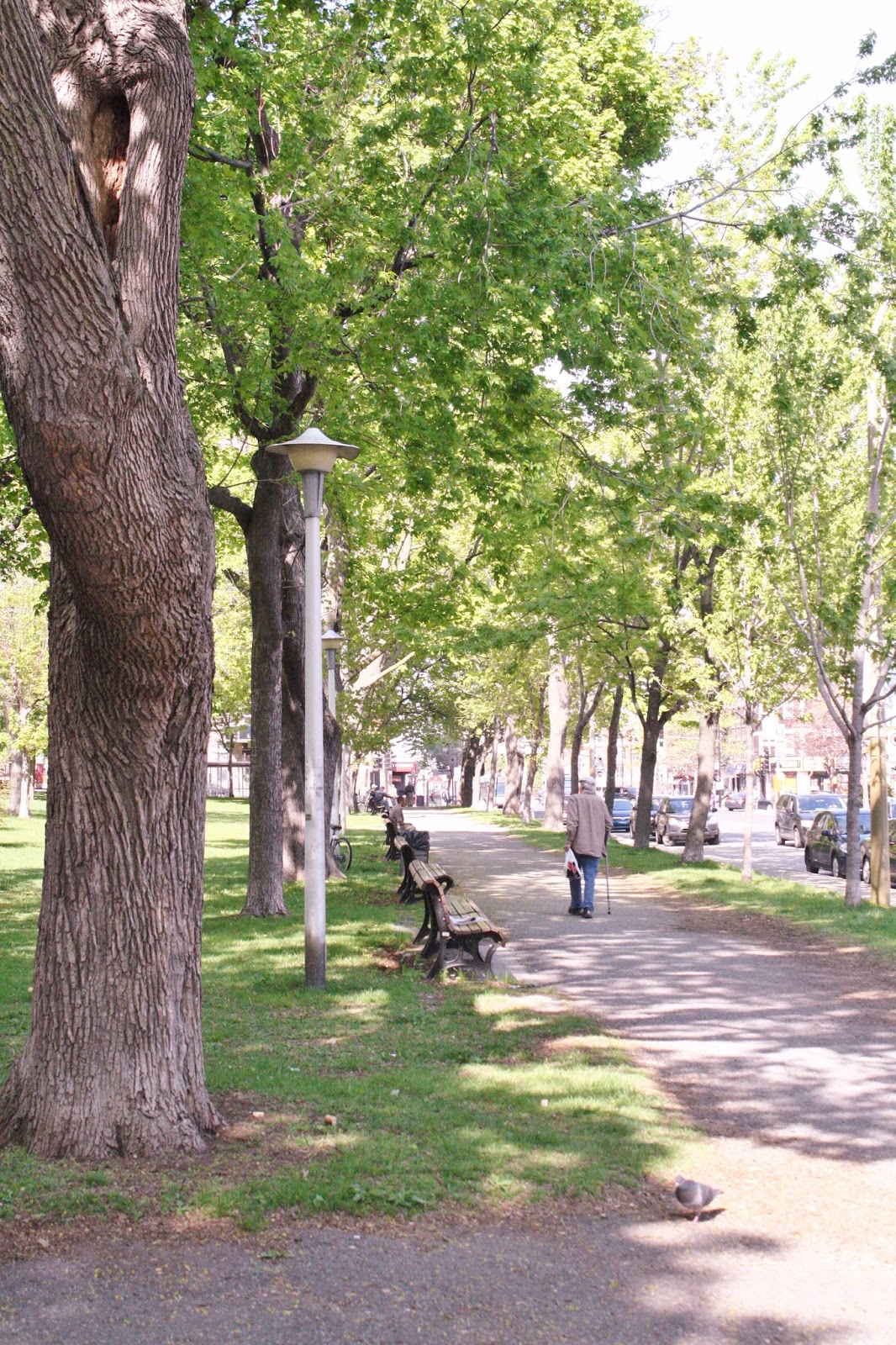 all of Nature rejoices!!!  i celebrated with a reintroduction to summer reading in the park.  this season's literature list will consist mainly of murder mysteries in the gentleman detective tradition.  i wish someone would resuscitate Agatha Christie just long enough for her to produce about 2 or 50 more Poirot novels, because they really are my favorites.  still, a quick trip to the local used-books store yielded a decent stack of paperbacks, including a couple new authors to audition. 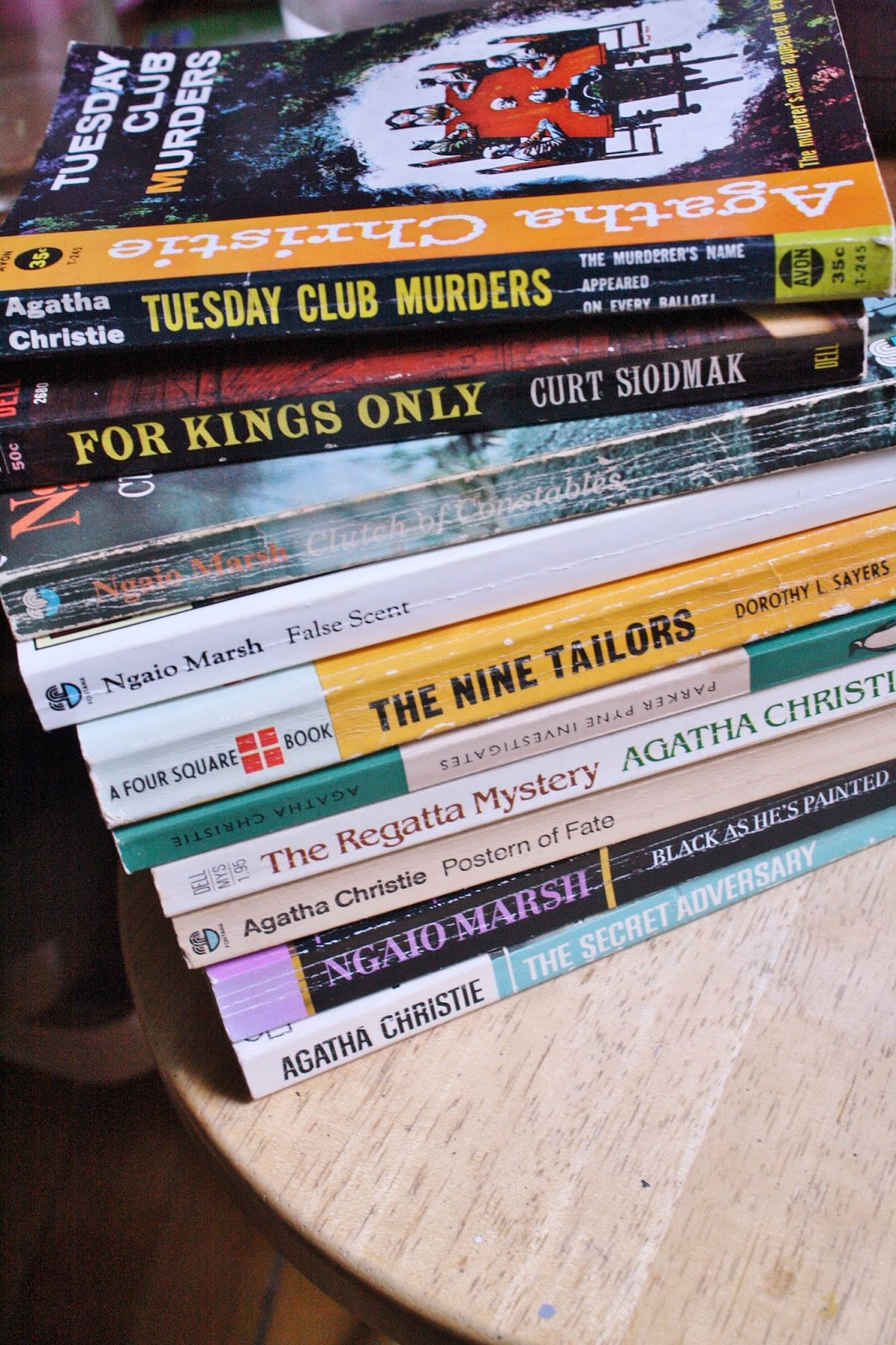 now, not being Canadian, i had to take some extra precautions before officially launching into park-reading season. specifically (as i could hear my great-grandmother's voice in my head predicting some incurable disease if one dared even stand too long on wet, cold ground), i opted to wait an extra week or two to make sure that everything had indeed thawed before claiming a spot under a sturdy tree at the very center of the park. this is the view looking up into the chosen tree [my favorite animator took the picture, but it's my camera, so i claim all rights to its use]... 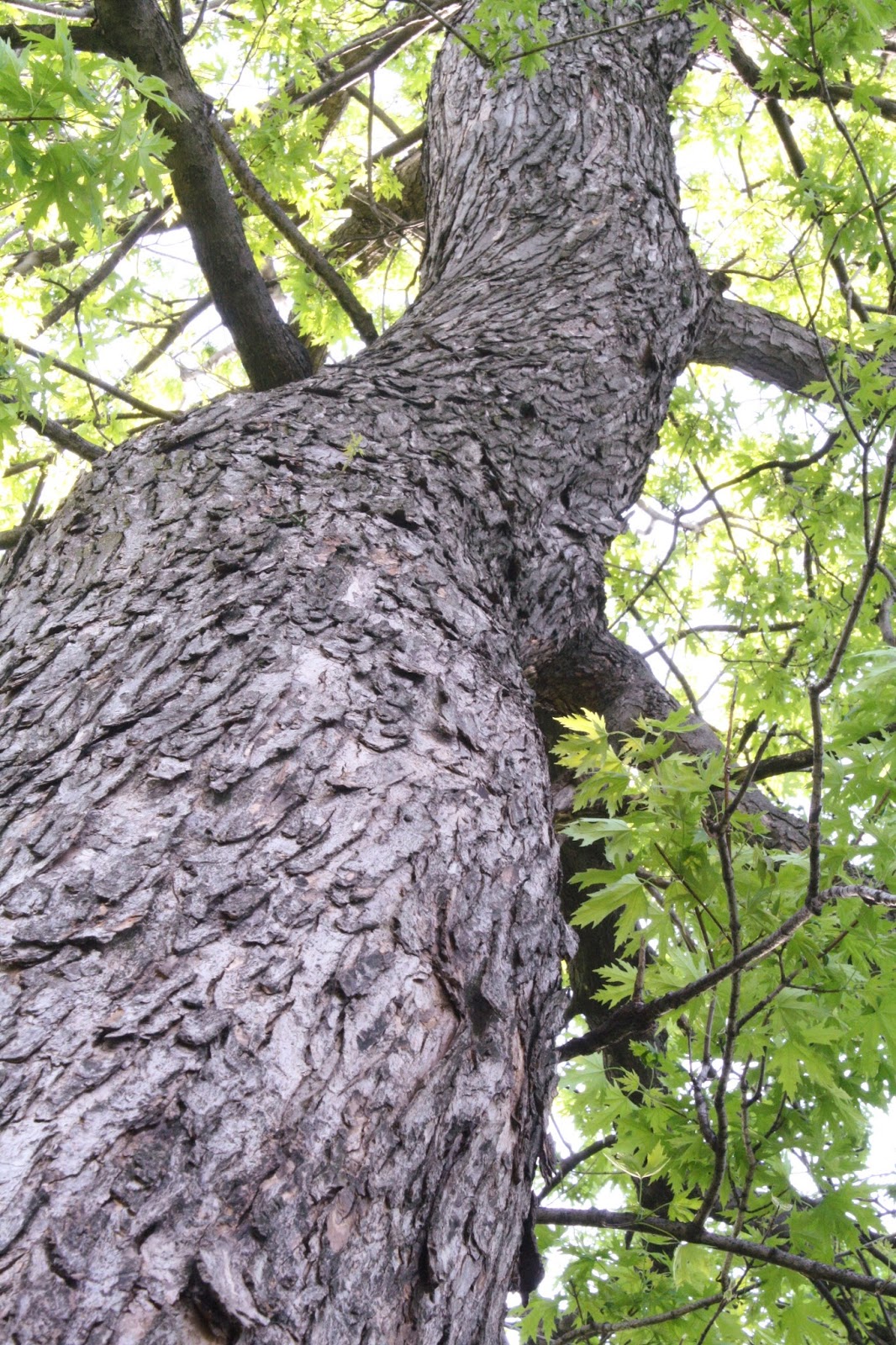 and this is the view, from my special tree, of a big crabapple in bloom. the building in the background is a funeral home, complete with lots of creepy windows that are guaranteed to cause a chill when walking by late at night.  but, i digress.  crabapple blossoms and happiness... 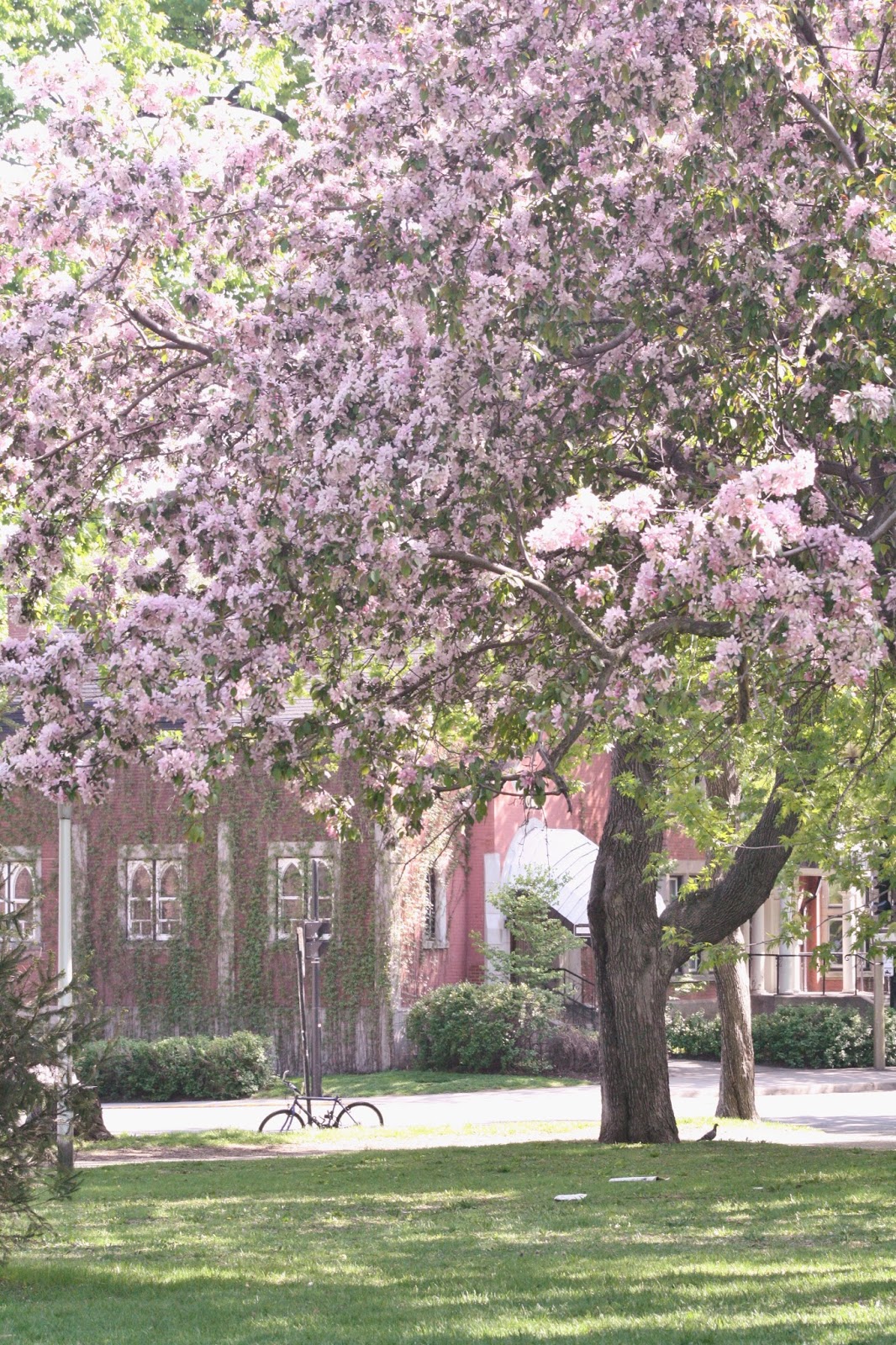 i got about ten pages into my very first Ngaio Marsh mystery... 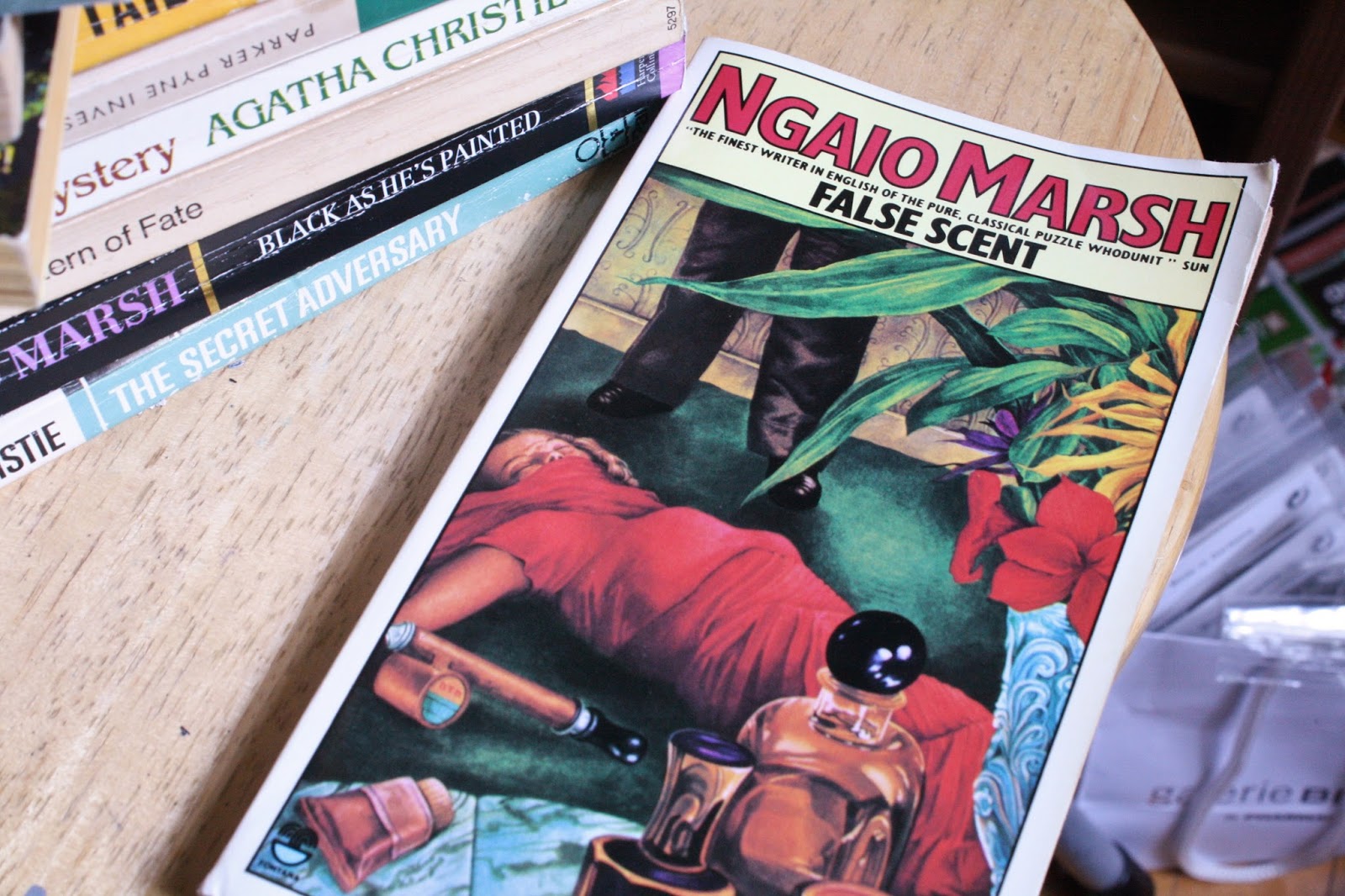 ...when i realized that i was already hooked, which prompted a return to the used bookstore for more (which loosely translates to, i took everything i could find with her name on the cover).  i take my addictions very seriously! 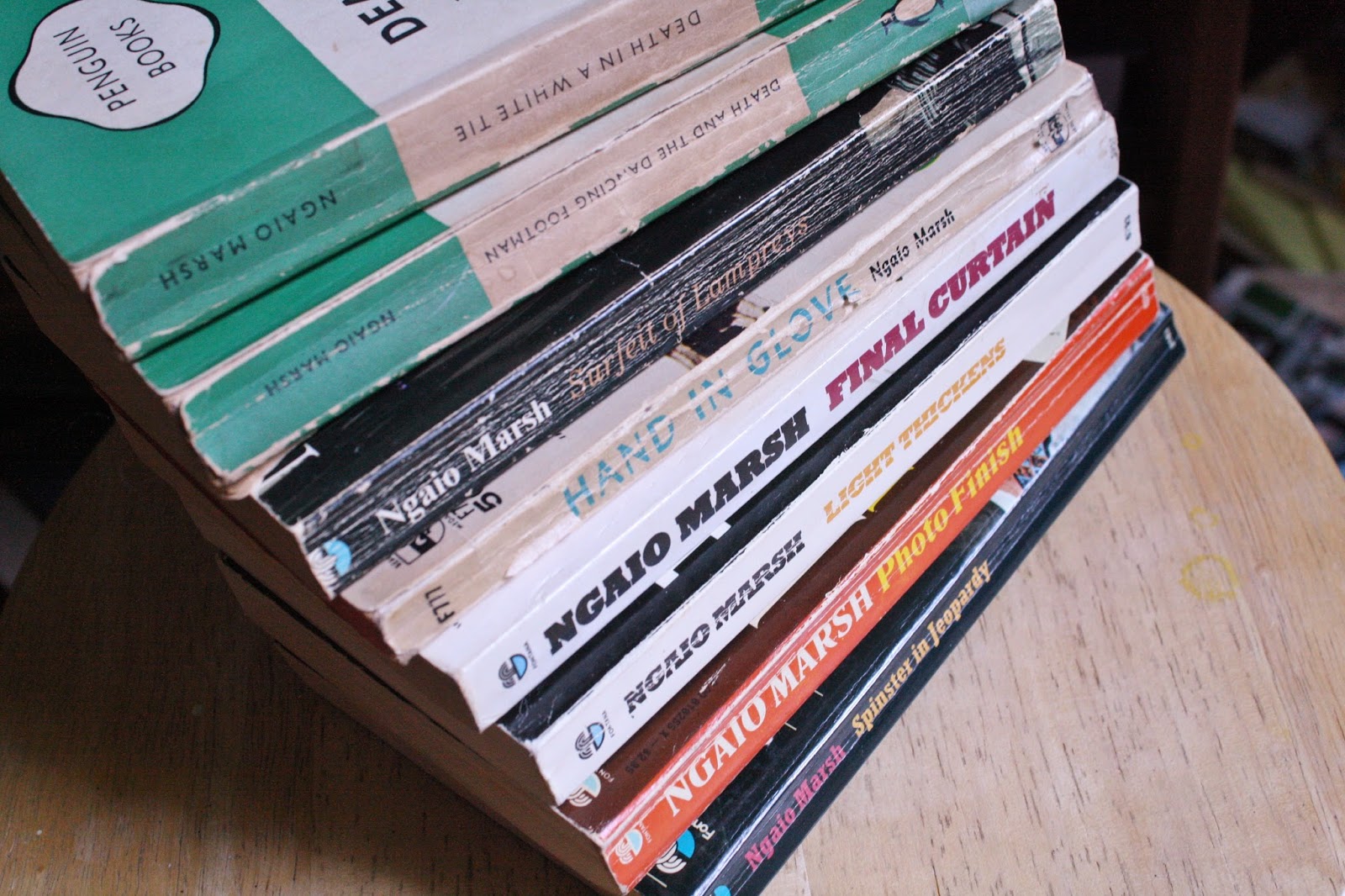 so, there i was reading my book, basking in the liberal application of SAT words (the lady has had a way with the language that makes me smile), when i noticed movement in the distance, prompting me to abandon the unfolding murder and to go diving for the camera. 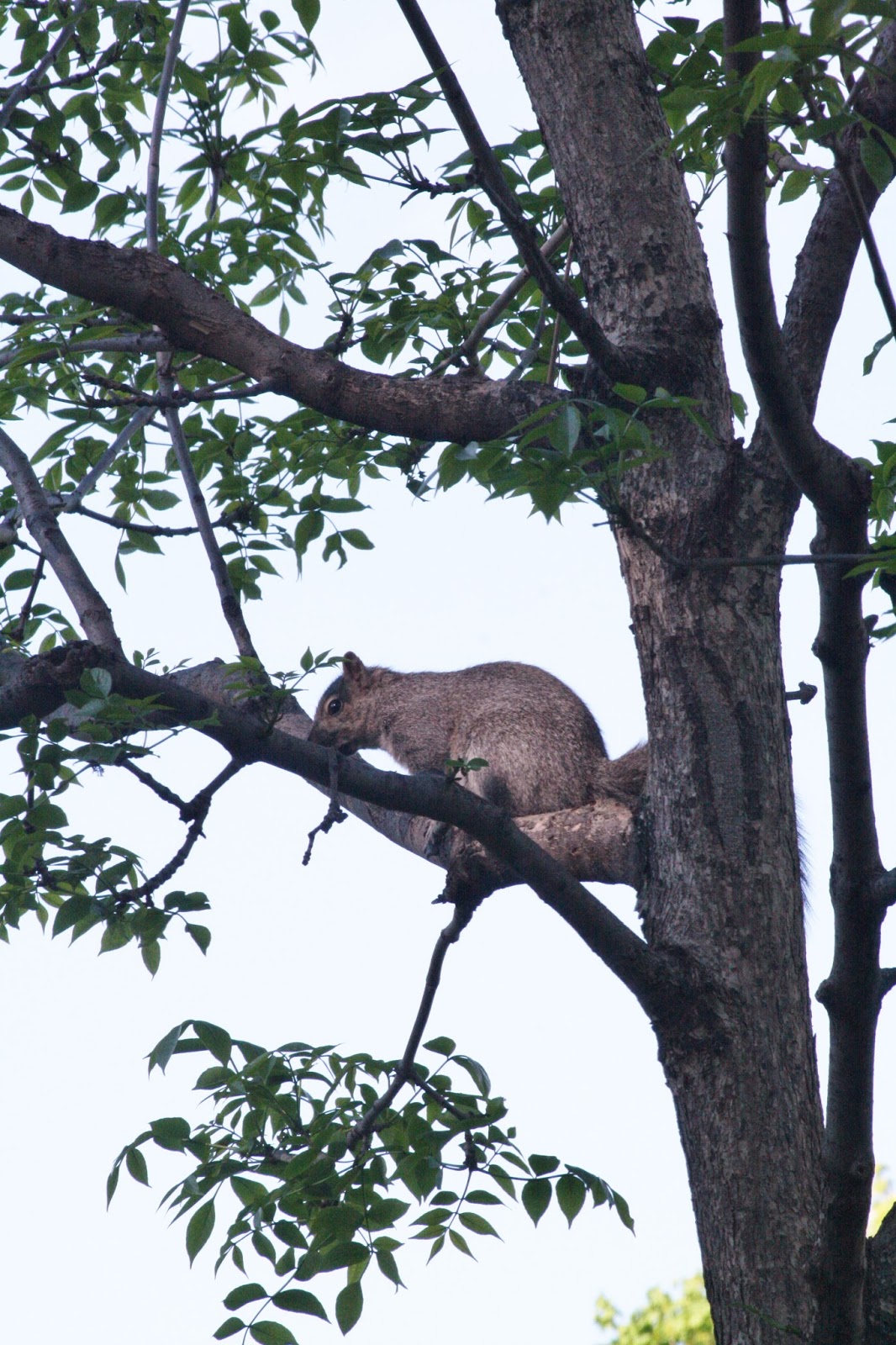 now, you have to understand that i've had a few rather unsettling (some may say, hilarious) encounters with squirrels back home in NYC, so i tend to enter a state of total-panic whenever one gets within 20 feet.  but this one was at a safe enough distance that i could let down my guard and try to grab a shot (or twenty) in the rapidly-waning light.  there i was, waiting for my subject to stop squirming long enough to capture something other that a total blur, when (s)he, as though sensing my presence from several trees away, turned rapidly and stared directly into the lens. [this is the actual picture, taken mid-rotation]... 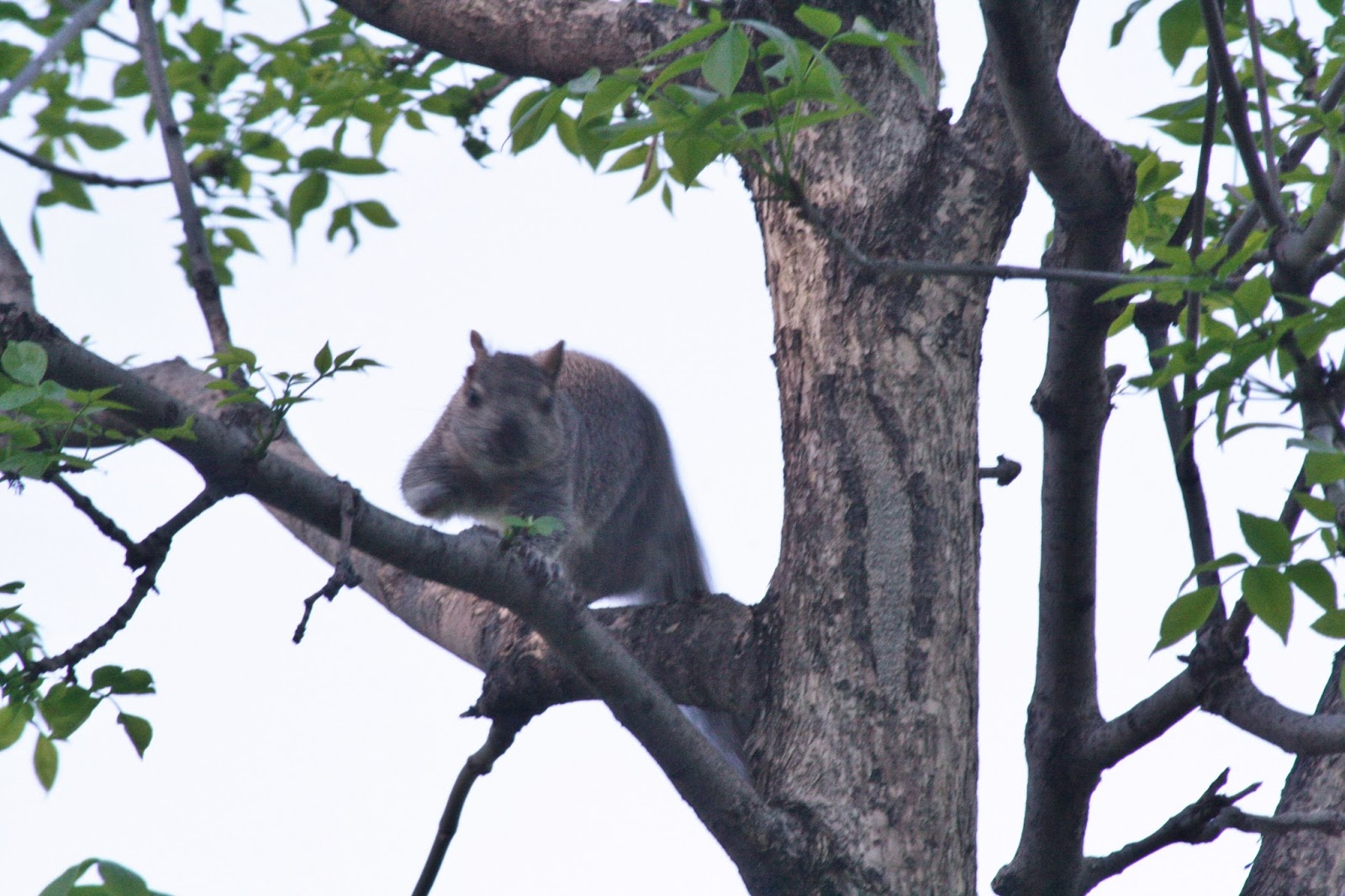 i'm not going to lie... i let out an audible shriek, which was met with extreme amusement by my park-blanket-partner who'd observed enough of the exchange to know the cause of my sudden fright.  so, to recap... a squirrel from half a park away made me scream like a little girl because (s)he turned and looked my way.  yep, that happened.  however, in my defense, it looked much larger and closer through the lens and i expected to drop the camera and find a 10 foot tall squirrel standing right in front of me.  (s)he decided to add to my discomfort by continuing to stare directly at me until i conceded and packed up my stuff to go home.  so, yep... i basically lost a staring contest to a squirrel.  oh, the shame! 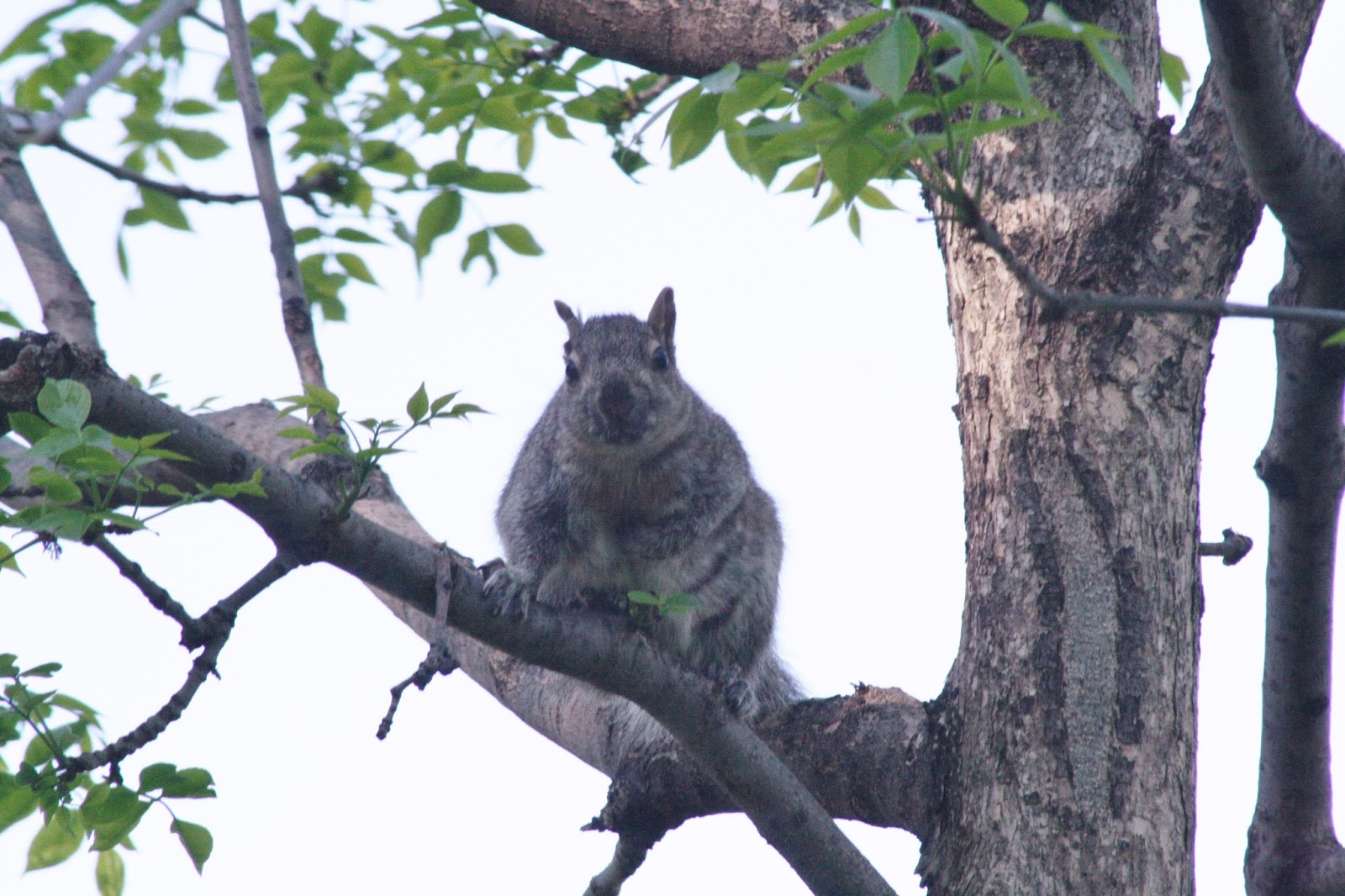 what made this extra-hilarious was the fact that just that very morning, i'd casted on to knit a squirrel-themed sweater for one of my favorite Aussies, who finds much humor in my sciurophobia. there will be no previews of said object until it is completed and has been duct-taped to the back of a dolphin heading in that general direction, so you'll just have to trust me that it is really happening. i may need therapy by the time it's done, but it really is happening!

on the domestic front, i've decided to forego the tomato experiment this year (as it yielded a total of about one dozen cherry tomatoes last year).  so, instead,  i've placed a large bucket of thai basil next to the window-box of rosemary and oregano, which should make for a few extra-tasty meals in the near future.  the basil is already in need of a bit of thinning out, so there may be a coconut-basil curry on the menu before the end of the week. 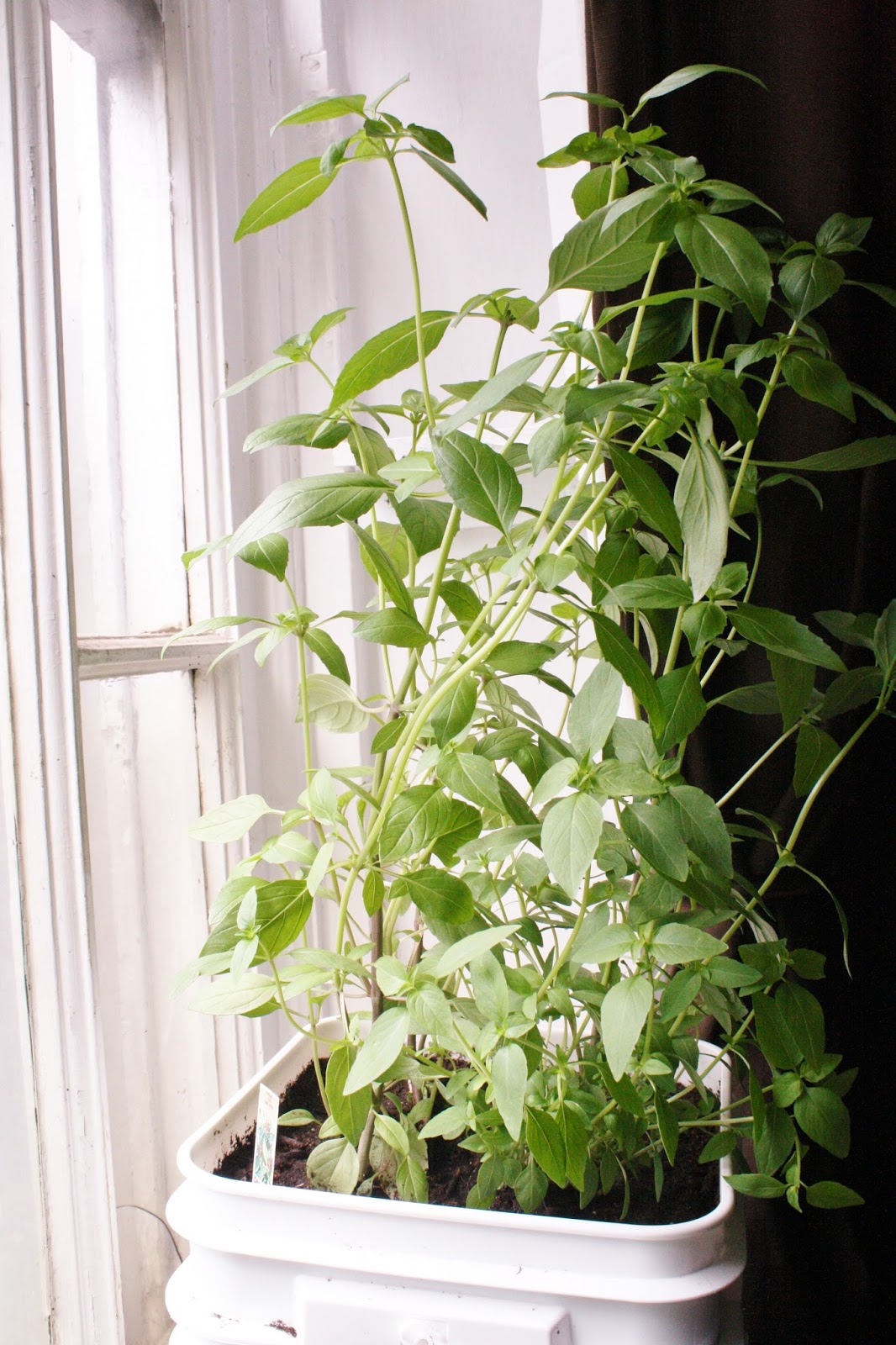 it dawned on me that my frequent headaches may be an indication that i needed new reading glasses, and it would appear that my summation was quite correct.  i told the technician at the optometrist's office that i wanted something substantial (i.e., LARGE), with just a hint of  vintage sexy-librarian vibe (i used those words exactly). now, i'm usually indifferent to glasses, as i only really need them when using the 'puter or reading for an extended period of time, but i wish i could see more than two feet in front of my face while wearing these frames, because i would seriously wear them every waking moment of the day. 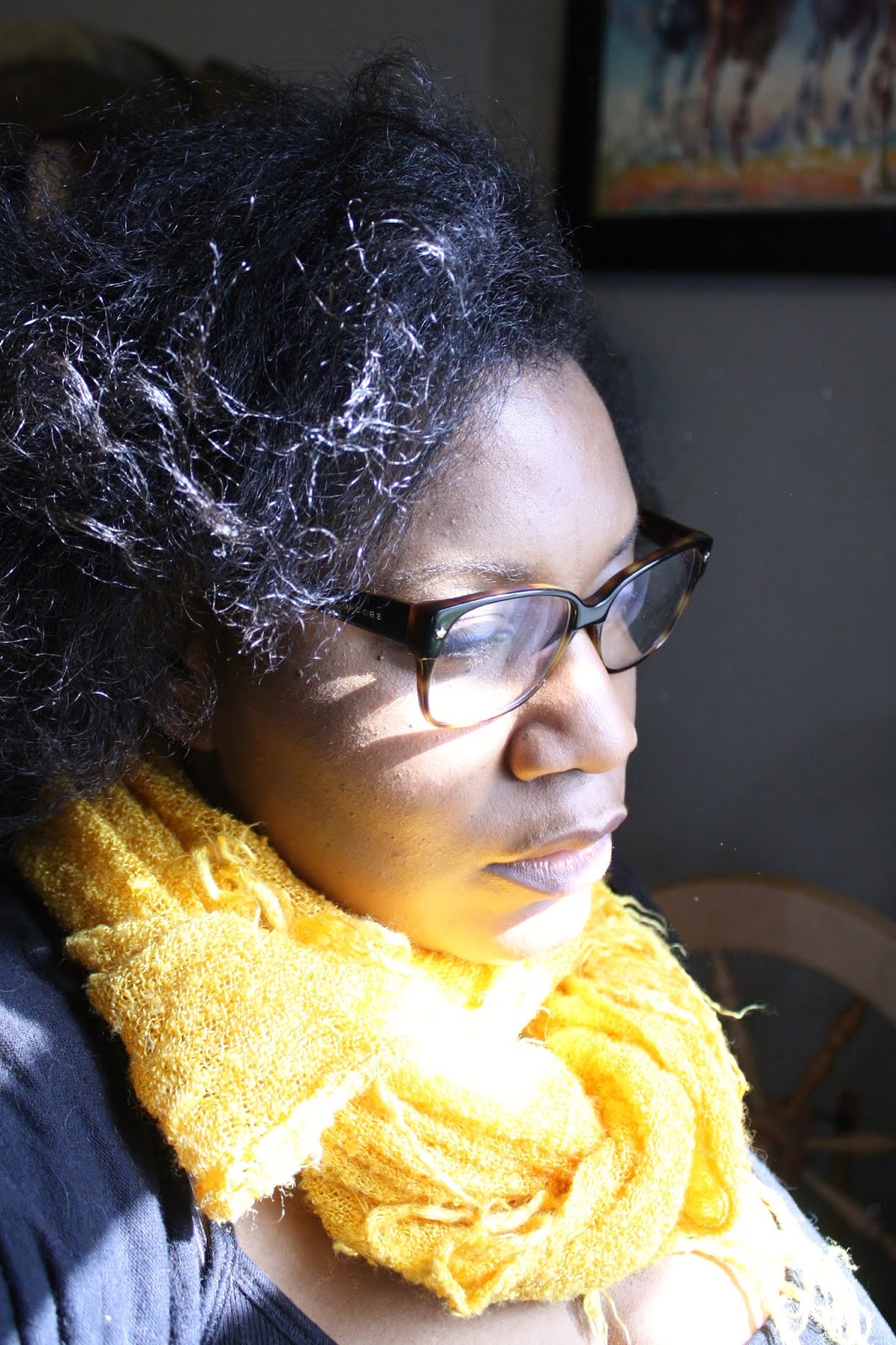 oh, and last (and, possibly, least) of all.. someone had a birthday this weekend... and it was me!!! 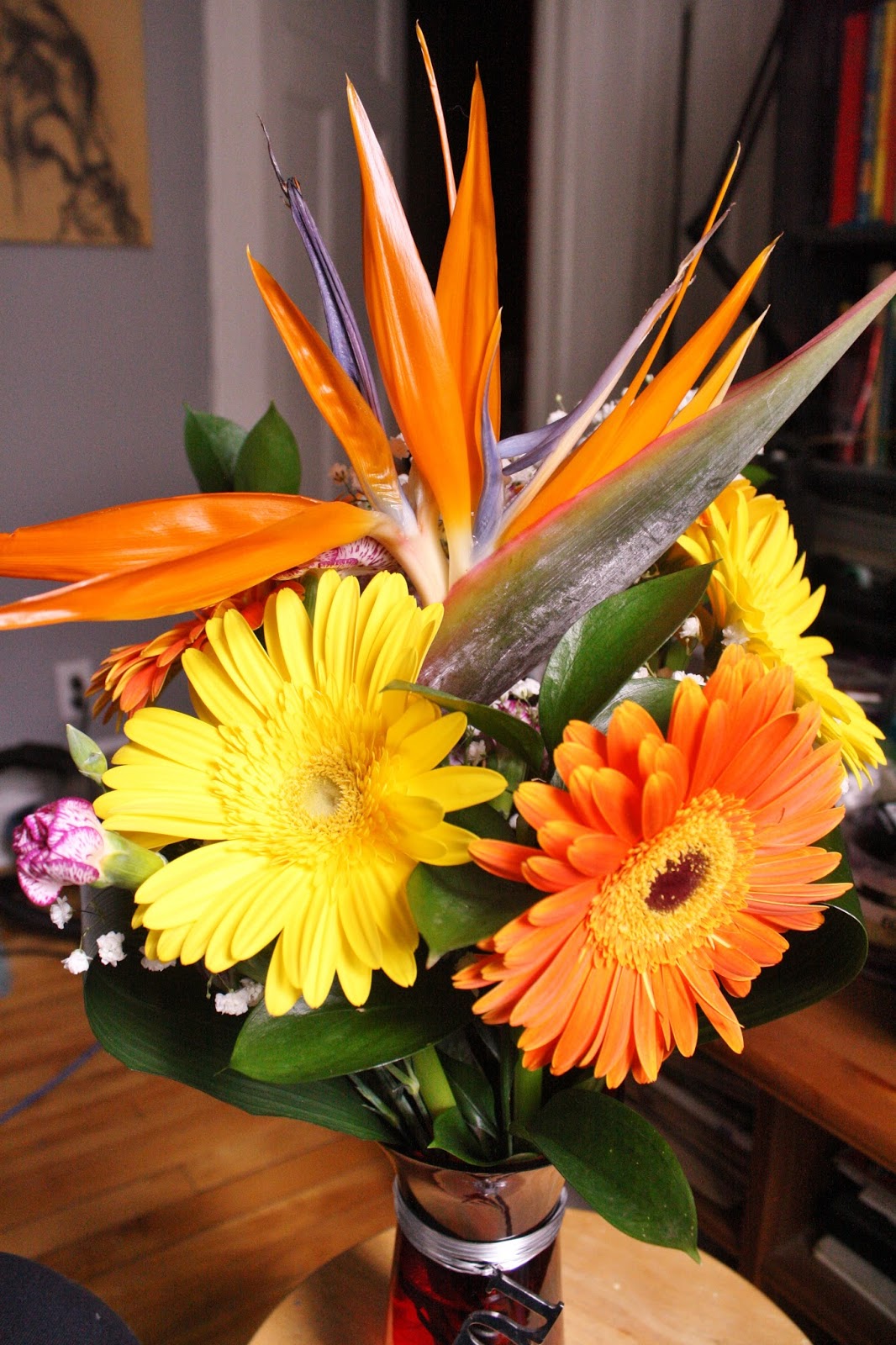 fortunately, it started out as a really awesome, bright sunshiney day.  unfortunately, it ended with a quadruple-dose of antihistamines and a twelve-hour rest to sleep it off.  turns out that there was enough wheat in the crust of the coconut-pineapple cheesecake (which was as close as i could get to the coconut cake with pineapple filling i really wanted) to send my allergies into overdrive, and i had to take four doses of antihistamines before i stopped itching all over just long enough to fall into a deep, drug-induced sleep.  my awesome birthday dinner became an awesome day after the birthday late-lunch, and i learned (the hard way) to avoid the crust when enjoying cheesecake.  seriously... best birthday i've had in a long time!!!
Posted by n.ayisha No comments: