short story #3: all the monsters in my dreams...

i have been watching marathon amounts of The Great British Menu, and Michael O'Hare has become my favorite of all the veteran chefs, which is surprising, as i had him pegged as a (potentially) homicidal lunatic the very first time he set foot in the kitchen. inspired by his wackiness, and by the overcast skies outside, i set out to spin a yarn with an O'Hare-esque title.

i dragged the drum carder and box of supplies from their hiding places, and proceeded to blend fiber. 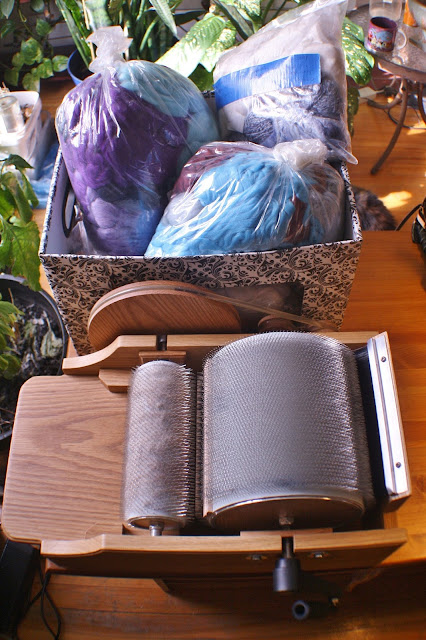 after the first pass, it looked like someone beat a clown to death with a bag of sewer rats. 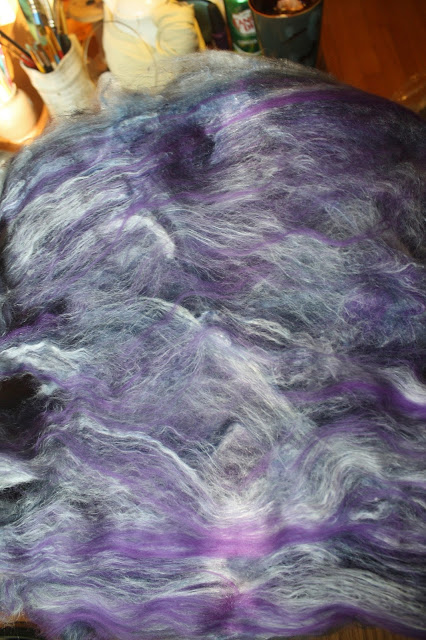 after the second pass, it was ready to spin... 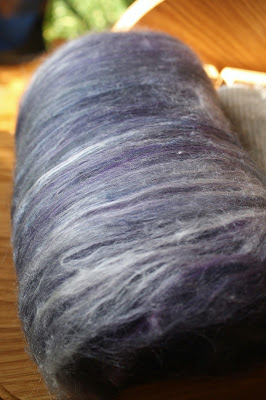 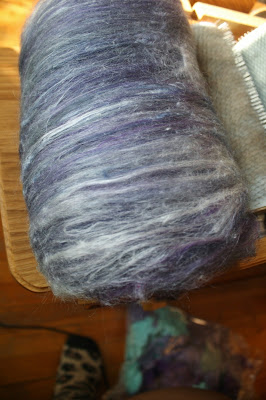 into a lovely skein. i call this colorway "all the monsters in my dreams look like people i have known". 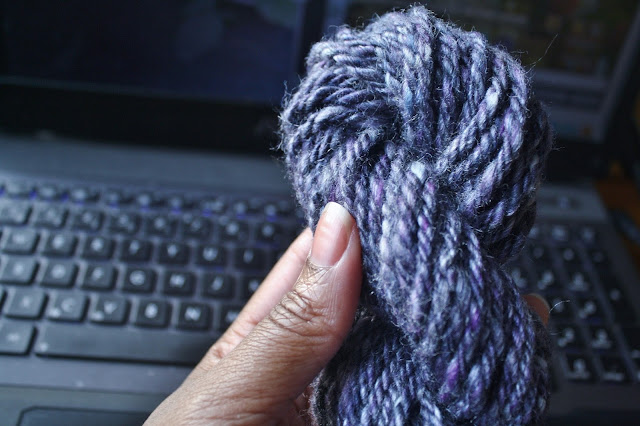 what's the connection, you ask? none, i reply. Mr. O'Hare would approve.

the end!
Posted by n.ayisha