we took our New Year's Eve tradition of 'trying something new' up a notch this time around. we both love Chinese/Korean-style bbq pork, but it is the sort of thing we tend to leave to the experts. enter New Year's Eve. 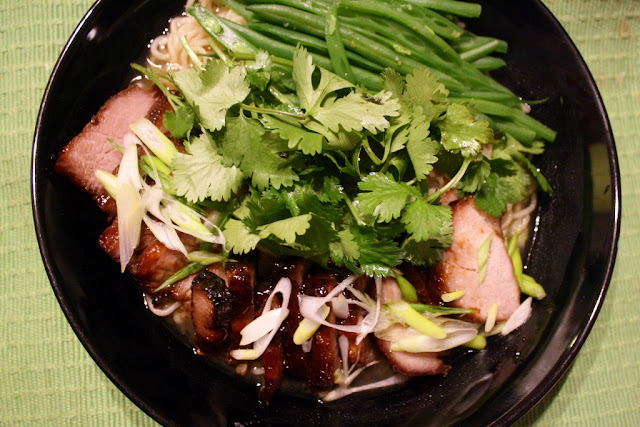 he is usually the sous-chef while i do most of the actual cooking, but he did ALL of the work this time around. do not get me wrong. he cooks (every now and then)... really well too... but my brand of OCD usually makes it necessary for me to stand around and "supervise"—which usually results in comments like, "oh... i see you are not fussy about evenness when you chop onions"—which usually gets me banned from the kitchen. this time around, it was all him.

he used the recipe from Chef John (of Food Wishes fame), with the addition of grated ginger, sesame oil, and a dash of smoked paprika. this is one of those dishes that you have to start a day ahead, beginning with turning a laundry list of ingredients into a sauce. full disclosure: the only thing we had to buy for this meal was the piece of pork and the red food coloring. the rest of this stuff is always on hand in our kitchen. however, we had no rice wine vinegar, so he opted for a combination of sherry vinegar and some cheap white wine. [just noticed that i forgot to include the five-spice powder in the photo, as i was busy talking to a friend on the phone when he handed me a bowl full of ingredients and instructed me to take a photo.] 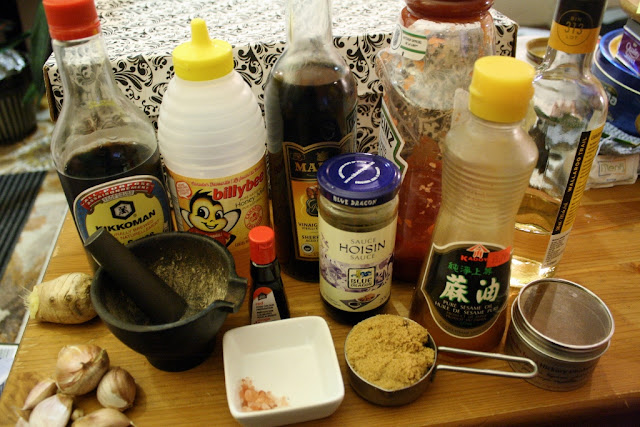 following the directions in the video, the pork  was cut into large pieces and left to marinate overnight, before being placed on a rack and cooked following Chef John's guidelines. [aside: he was hesitant to use the good cooking rack for this particular experiment, so he went out the the little Asian grocery store that is literally right behind our building.]

him: i was so tempted to just hop over the fence to get back home, but there is a massive mountain of snow behind our building, and i didn't want to end up buried in that. 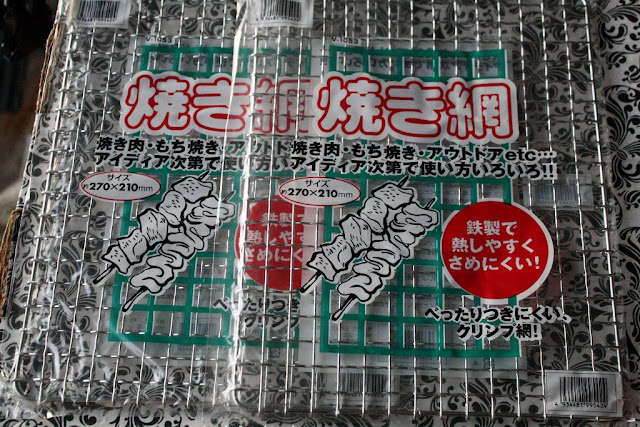 i have no idea what the package says, but each one contains a run-of-the-mill rack. 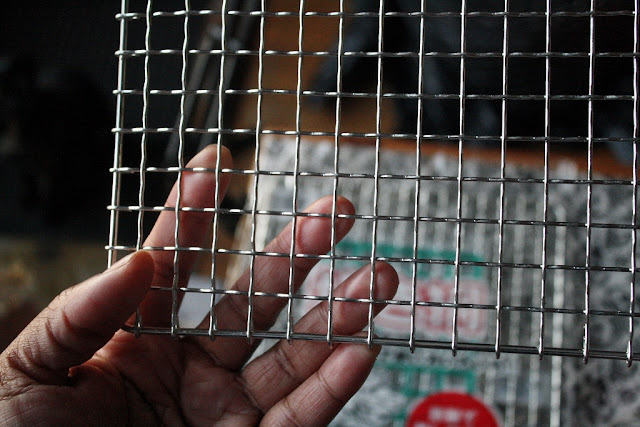 two and a half hours later, and we had bq pork. there was more of it. this was just the first piece we pulled out to start slicing. all the photos i attempted to take of the meat-laden roasting pan coming out of the oven look like blurry cries for help. oh well. 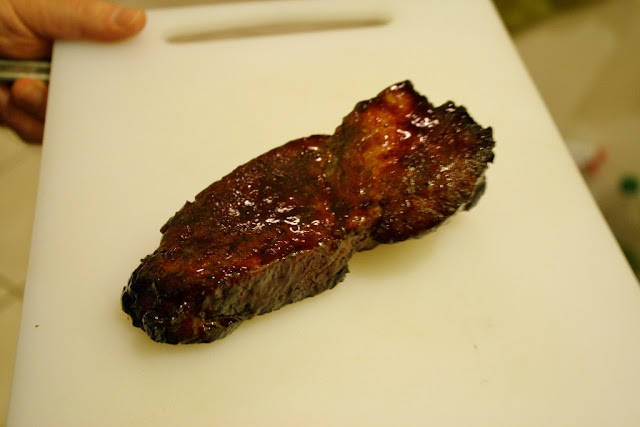 we spent days debating what to serve with the bbq pork, coming down to a choice of either rice or steamed buns (which would require one of us to first learn how to make steamed buns). then sanity stepped in.

me: you know what i enjoy most of all?
him: what?
me: a bowl of bbq pork with ramen.
him: ramen it is!

and, just like that, our meal was born. i threw in some green beans, which i frenched and blanched with a splash of Vegeta (a seasoning/soup base which is Croatia's greatest gift to humanity), and finished the plate with some fresh cilantro, a sprinkling of green onions, and a drizzle of toasted sesame oil. insanely yum! 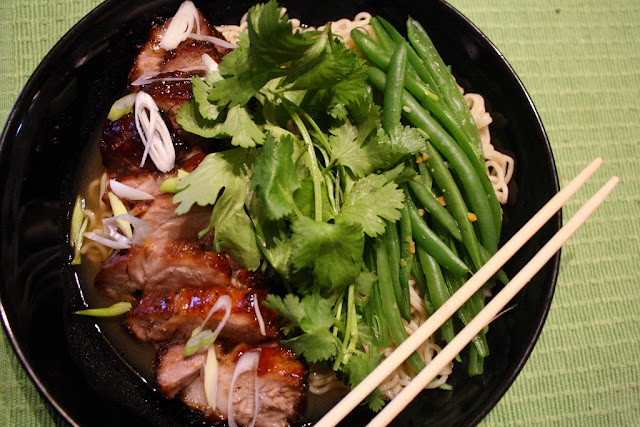 on an unrelated tangent, the current temperature in parts of Quebec is colder than at both the North and South poles. on that note, i am going to pour another glass of Merlot and wait for my cinnamon buns to rise (more about that next time... maybe). happy New Year, everyone! 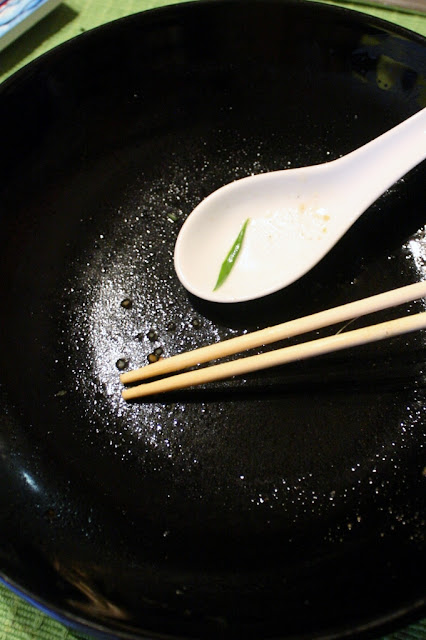