it was warm around here for a whole couple days, so now people are  dancing through the streets, burning their insulated coats, and singing songs about Spring. 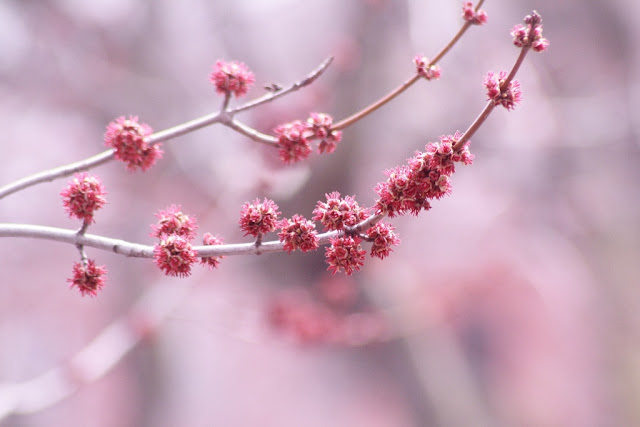 however, as it looked like this just a week ago, i am (decidedly) still not convinced. 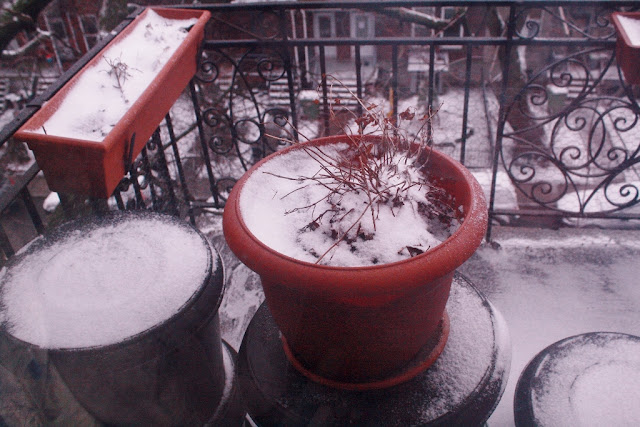 truth be told, i had a really rough Winter, so i am definitely looking forward to Spring... once i convince myself that it is finally here. i have no idea how people handle life at even higher latitudes, as that 'Winter gloom' is really hard to bear, especially when your mood tends toward gloom on even the best of days. so, while there is a lot of rain in the forecast (it rained all day), there should be plenty of sunshine ahead.

it occurred to me recently that i have a habit of mentioning stuff in this forum, with the claim that i will talk more about it "next time around"... by which point, i am on to some wholly unrelated topic. so, i want to make a concerted effort in the next few posts to revisit some of that already-forgotten stuff. that is, if i can remember what i intended to say in the first place. this will not end well. trust me. 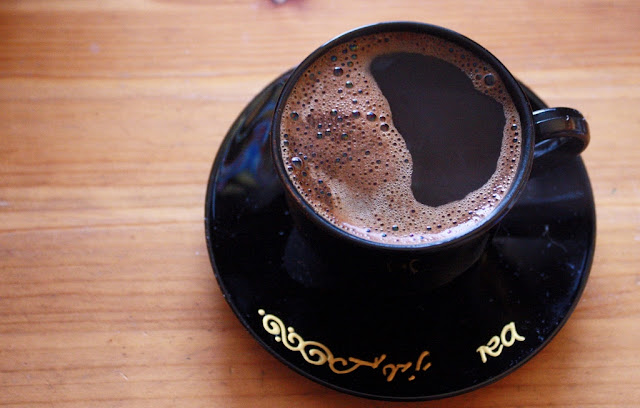 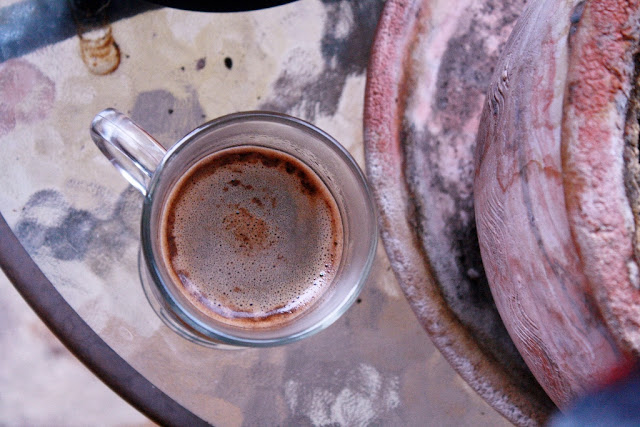 and drinking even more Turkish coffee. 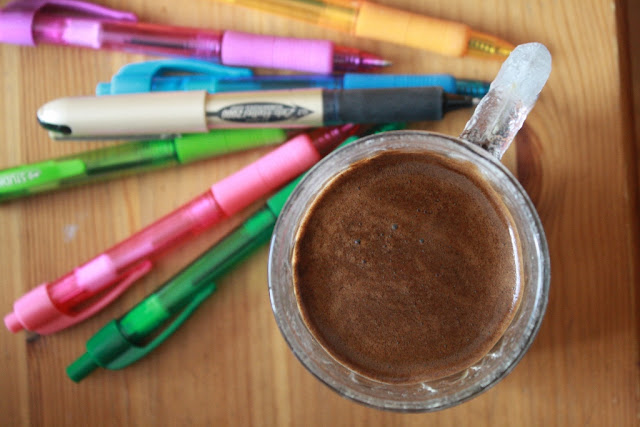 it is his mom's preferred hot beverage, so she is most enthusiastic to get me addicted to the stuff. she even gifted me the pair of handmade mini cup-and-saucer sets she bought back when they lived in France (where my favorite animator was born). so, like many many... manyyy years ago. 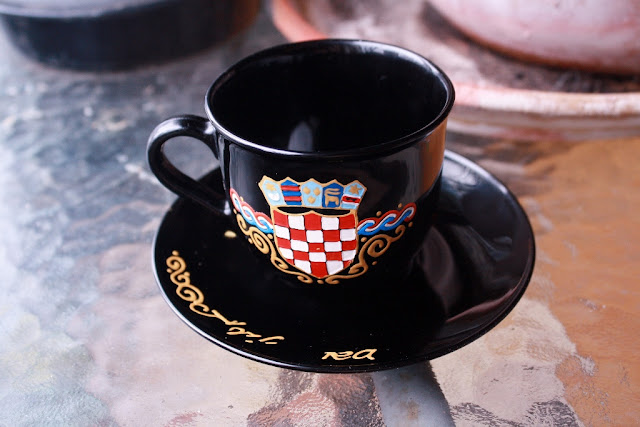 note the checkered coat of arms from the Croatian flag on the side of the cup. i thought Caribbean folks were ridiculous with the constant need to display flags on everything, regardless of where we may have drifted to in the diaspora. turns out Croatians are just the same.

it should be noted that i usually drink hot beverages from my bucket-sized mug of wonderment, so this little cup is like something to rest the teabag in after a good steep. 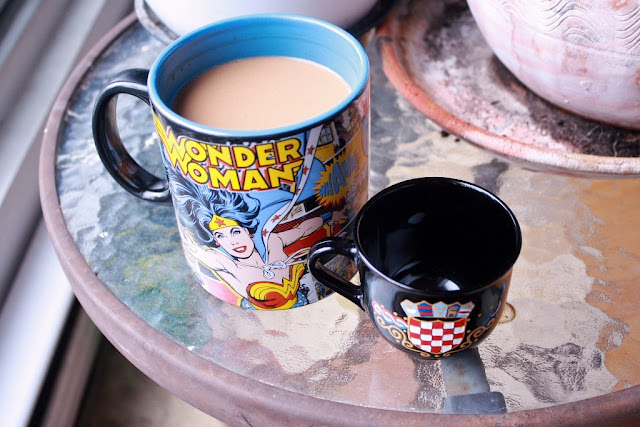 so tiny. so cute. 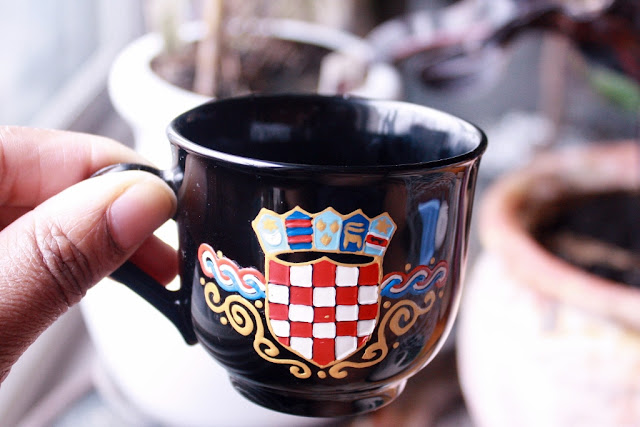 the cups and saucers have only ever lived behind the glass doors of a china cabinet, so you know it was a big deal for them to be placed in my care. i used them exactly TWO times before nerves got the best of me. so now i mostly look at them from a safe distance, with admiration... and with fear.

as a result, most of my Turkish coffees have been sipped from either one of the small glass cups we got as free gifts inside packets of tea from the Middle Eastern grocery store. 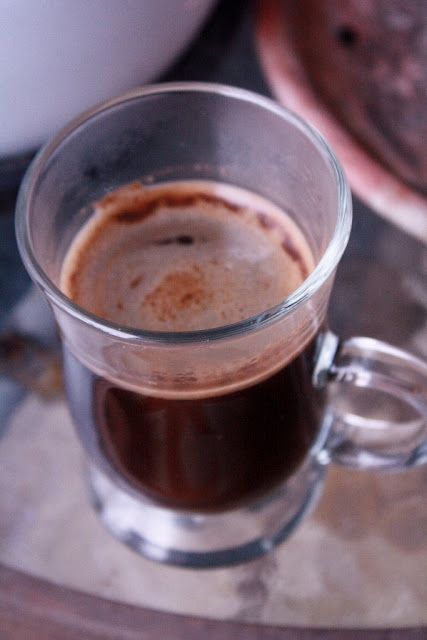 or, from one of the several Batman mugs knocking around our home. everyone i know has a few of these things. Batman Forever may have been a train wreck, but boy do i (still) love these mugs! this particular one is The Joker. 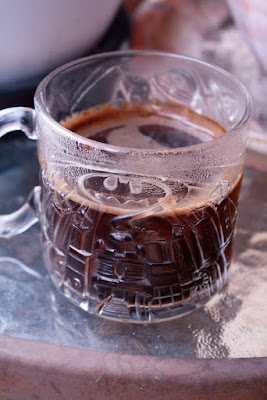 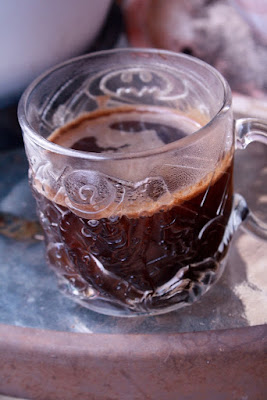 the hardest part of making Turkish coffee is developing that lovely creamy layer on the top. this, according to all of the You Tube videos i watched on the subject, is considered to be an essential part of the drink. there is no dairy involved, so it takes a bit of practice (and patience) to figure out that part.

luckily, my favorite animator—who, i might add, does not drink coffee—was most supportive in encouraging me to make as many cups as was necessary to get it right. the early efforts were pathetic. the cat is closing her eyes in shame. 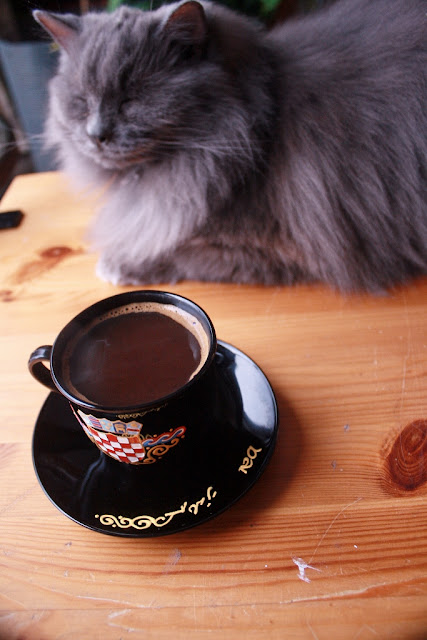 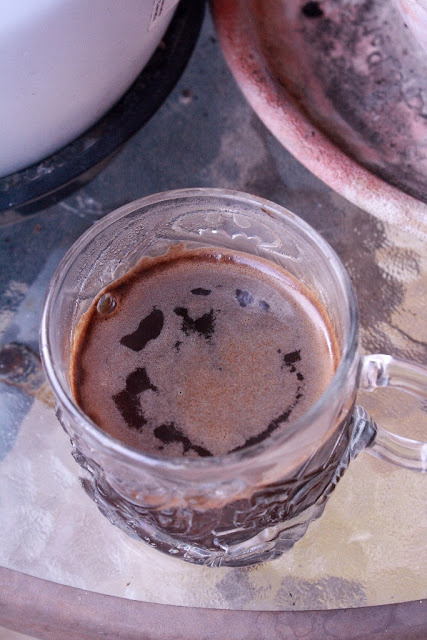 i eventually got the hang of thing. i actually had to blow a little opening in the creamy layer to show the contrast with the coffee. 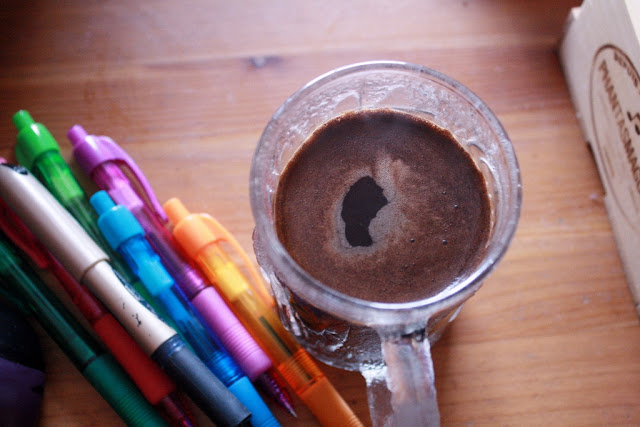 it should be noted that Turkish coffee (left) is ground super-fine and has a texture approaching cocoa powder, while the coffee i use in my French press (right) looks more like burnt coarse cornmeal. random aside: i have been on a super-dark-roast kick of lately, so my "regular" coffee looks like pulverized charcoal. 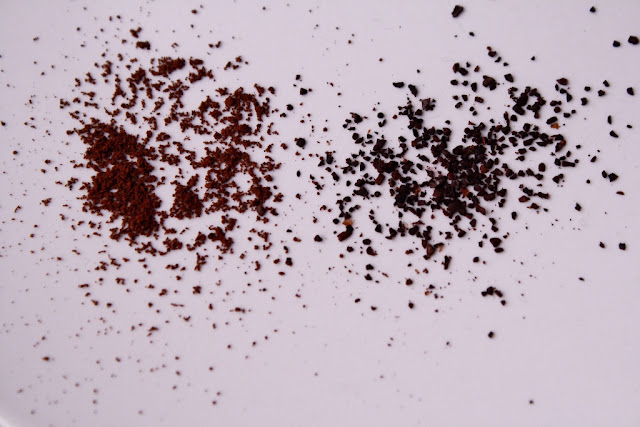 additionally, the ground Turkish coffee is usually added directly to the water. they even make special pots for it. they look like metal corn cob pipes. this one was part of my addiction starter-set. note the pen for scale. my starter-set also included a bag of her favorite ground coffee. the woman is thorough in her enabling. 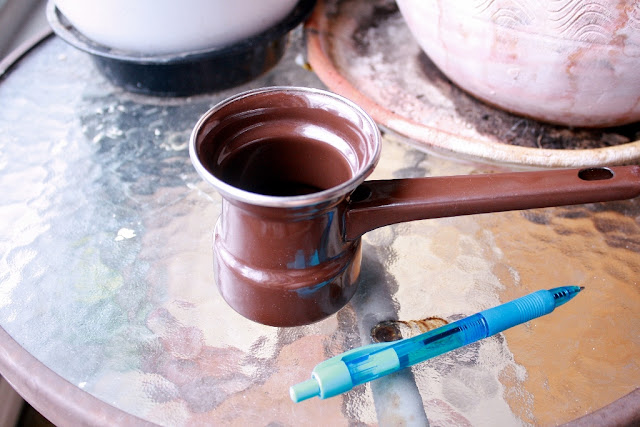 water, sugar (totally optional), and the ground coffee are added to the pot, which is placed on the burner. when the coffee is ready to go, the whole thing is poured into the cup. the fine grounds settle at the bottom of the cup, so you leave that bit behind when drinking the coffee. 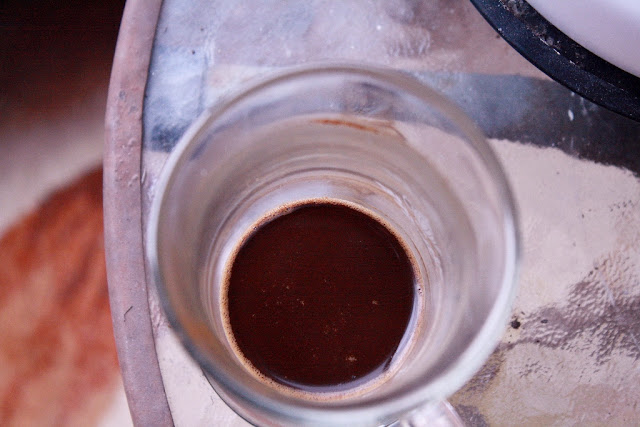 so, now i am back to being hooked on coffee... again. last time around, it took a couple years to break the addiction, and i managed to develop a few even-more-absurd habits along the way. but that is a story that i will save for some other day.