it's a lazy afternoon...

it is an intensely lazy, late-Winter afternoon here at la maison gnu. one cat is napping on her hobo beanbag while the other one is staring intently at a patch of green light on the ceiling (it is actually the result of sunlight refracting (through, on, by...???) a half-empty bottle of Perrier, but i will not ruin her enthusiasm by pointing out that fact). then there is my favorite animator, fast asleep on the chesterfield (we are starting a campaign to bring back that term as it is so much more fun to say than couch) and possibly snoring, a suggestion which he will deny vehemently. while i would love to give myself credit for being the sole productive member of the household at present, the fact is that i have not slept since yesterday (for no particular reason), so i am not responsible for anything i may say.

i passed some part of this latest bout of insomnia by (finally) plying the alpaca/wool fiber that has been occupying my jumbo bobbins for far too long. now, instead of three bobbins of singles (crappy photo taken before dawn, hence the bluish glow)... 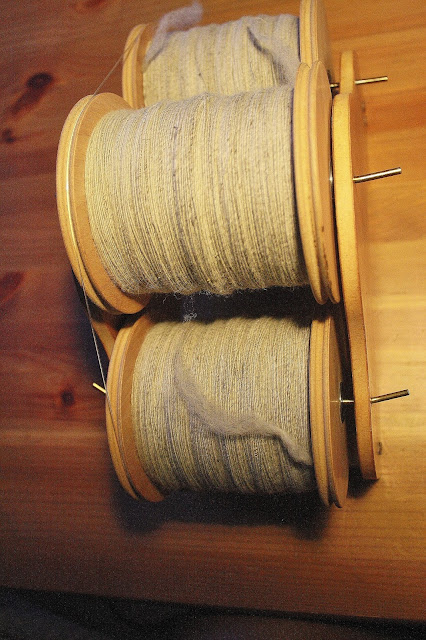 i have three two-point-five bobbins of yarn (equally crappy photo taken at like three o'the afternoon) ready for knitting... soon as i get around to washing, dyeing, washing again, and drying it all. 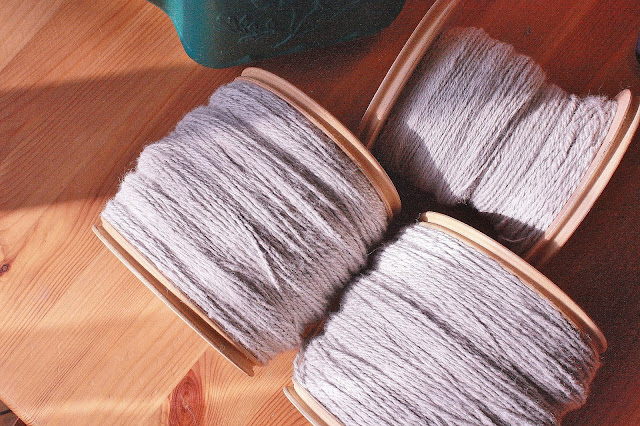 i want to go into greater detail about this fiber blend, but that may have to wait till i am slightly more alert. hopefully there will be enough yardage to make something interesting. it may not look like much, but those two jumbo bobbins are packed . 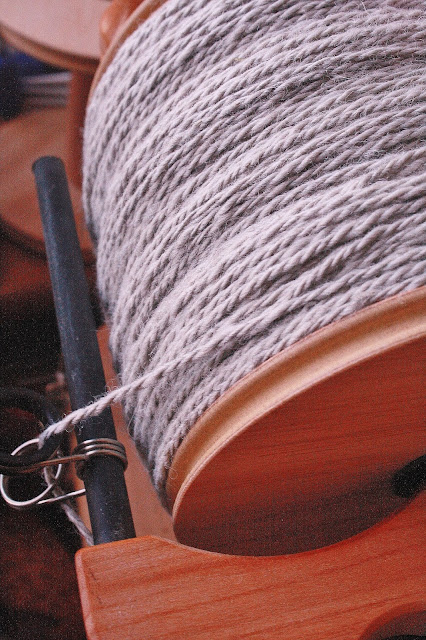 there may also be a recently-completed cardigan hanging out on the clothes horse (that is another term that needs to be used at every available opportunity). the million (or so) loose ends have been woven in (a task that i rank alongside washing a never-ending stack of dirty dishes as my personal vision of hell) and the zipper is installed and ready to go. i gave it a quick soak yesterday and left it to dry in a corner of my incredibly-arid apartment. all that is left now is to get it out of my home and my life. 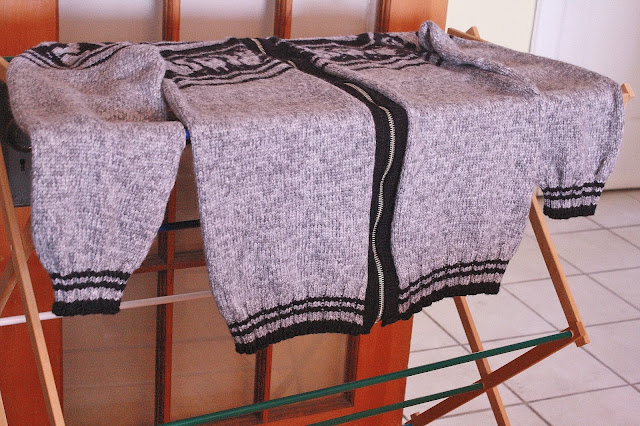 there is also continued activity on the seedling front.  the peppers and eggplants are proving to be the slowest growers, but everything else is doing well to date. 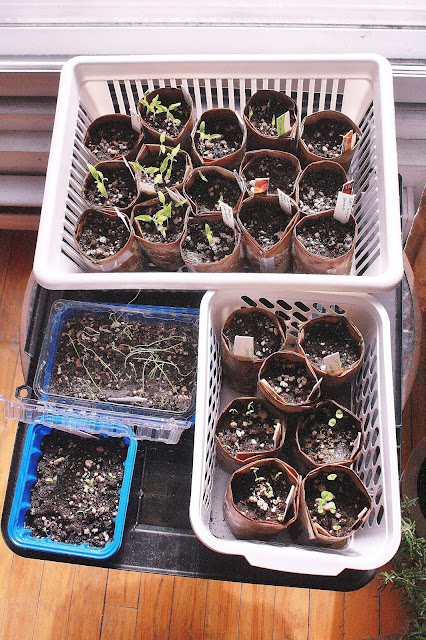 i especially enjoy the shape on  the young multicultural basils. 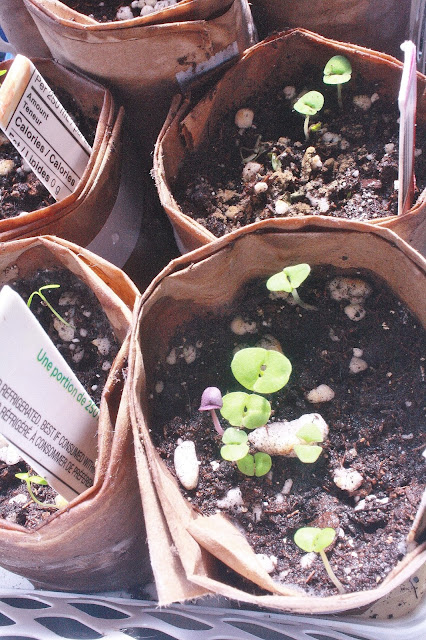 there are even signs of life from the parsley (which is notoriously difficult to start from seeds, hence the pre-soaking). 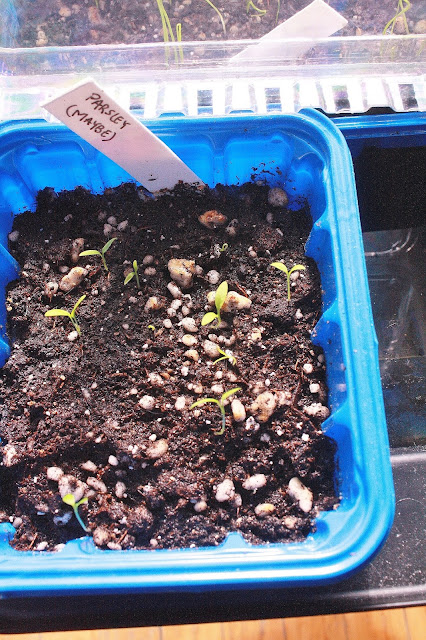 i sowed some courgette (zucchini) seeds earlier this weeks, so hopefully there will be a couple-few of those plants ready to go when (or if) it finally warms up. despite all the prognosticating over the possibility of an early start to Spring, i am still in Canadaland and they do not let go of Winter without a fight. there was fresh snow on the ground this morning to prove that point. now pardon me as i return to staring at a cat as she stares at a wall in what may just possibly be the best afternoon i have had in a long while. until we meet again.