i had an interesting conversation with my mother last week...

yep... that pretty much sums up life at present.

this vacuum of inspiration and motivation has left me reconsidering the people, places, and things i have loved across my lifetime.  in this vein of thought, i recently woke up with a desire for something so simple and ordinary, it seems almost impossible to believe i have denied myself the pleasure for more than 20 years.


can you spot the forbidden culinary treat? 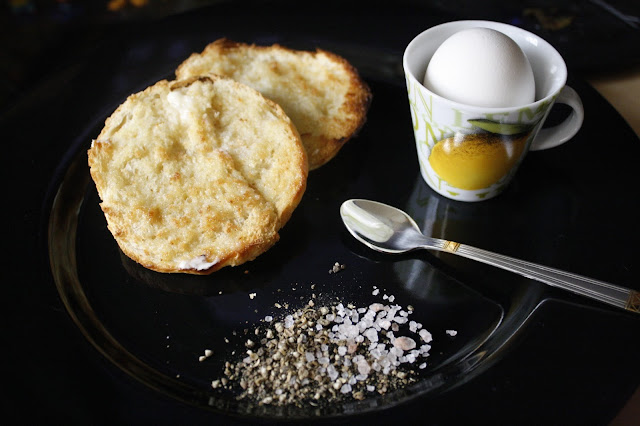 somewhere back in the nineteen hundred and eighties (doesn't it sound ancient?), the FDA issued a slew of warnings on the dangers of eating under-cooked eggs on account of the horror commonly known as salmonella (i may have to bathe my fingers in holy water to remove the curse of typing the word).  being young and impressionable as i was, the countless reminders splashed across every form of media available at the time left me frightened that my much loved soft-boiled or over-easy egg was a guaranteed sentence of death.  gone were the fingers of buttered toast dunked into a creamy yolk.  gone was the joy of piling bacon and egg between two halves of a toasted English muffin... then pressing down till the drops of golden yellow began to seep along the edges (that my mother was disgusted by this ritual only added to the enjoyment).  looking forward to Sunday brunch (which simply meant eating breakfast later than usual) was the only thing that made sitting through the early church service tolerable.  gone too was the privilege of licking the last traces of batter from the spoon and bowl when my mother made cakes (i was convinced that the raw eggs in the batter would kill on contact).  for over two decades, i waited, and seethed, and gasped in shock every time i saw someone consume an egg that was not cooked to the point that it could be used to drive nails into the hardest of lumber.


then i woke up yesterday with an overwhelming desire to try something so foreign to the norm... it seemed almost brand new.  now, not having boiled an under-cooked egg in decades, i cracked open the shell... 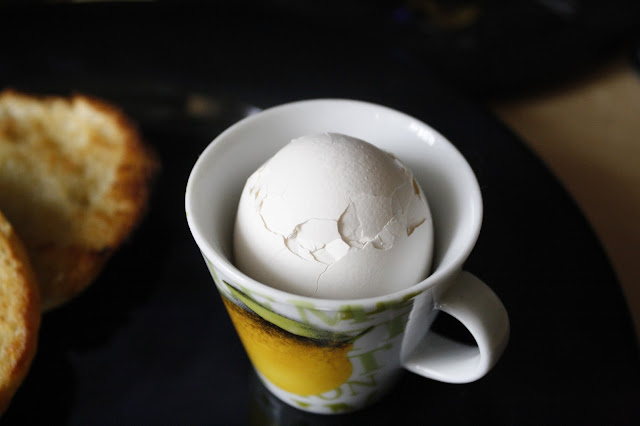 ...only to realize that i had been a bit overzealous in my timing. 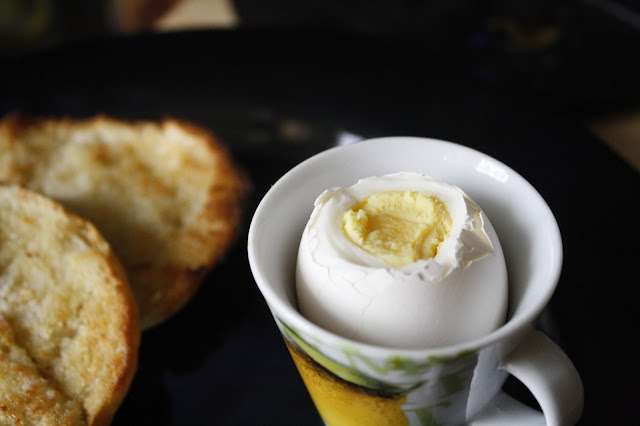 three and a half minutes later... 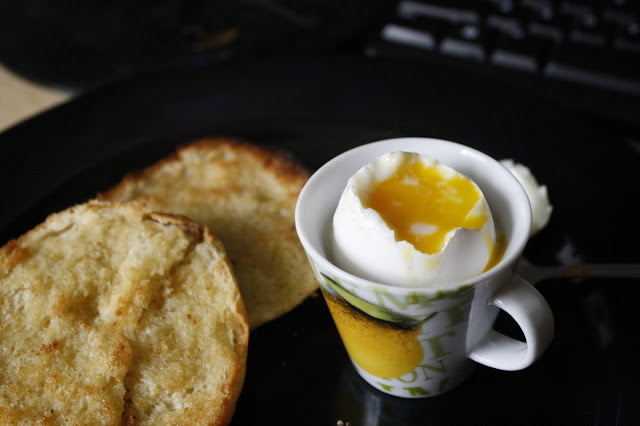 toss in a pinch of the cracked pepper (the current mix is black and green peppercorns with whole coriander and allspice) and pink sea salt lingering on my plate... 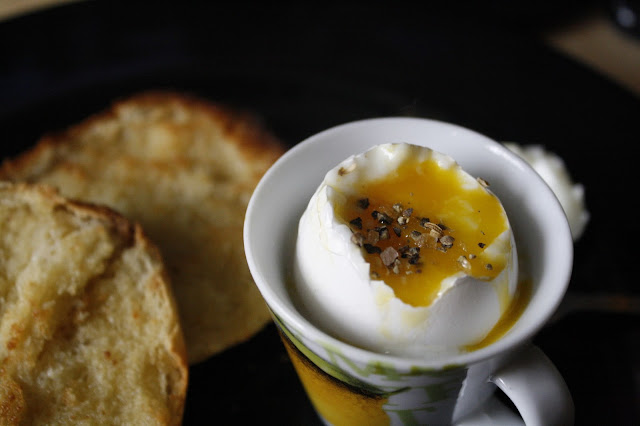 i took the big plunge with a piece of well-buttered, toasted English muffin from the past weekend's experimental baking... 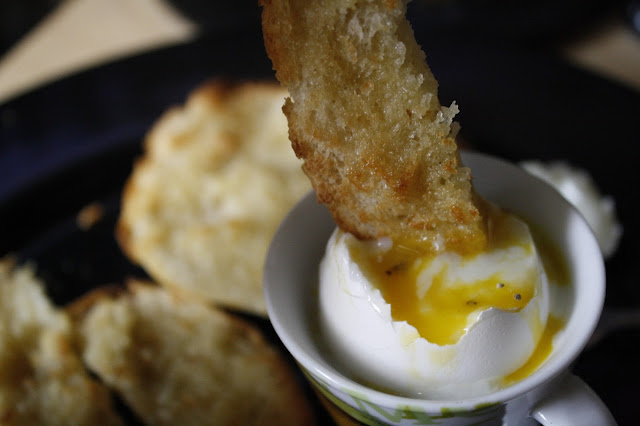 it's funny how something so under-whelming can be the most incredible thing i've tasted this side of the millennium.  further proof that all those FDA warnings should sometimes be taken with a grain of salt... and buttered toast.