i was planning/hoping to end this twelve day stream-of-consciousness on something of a high note (relatively speaking, that is, because is still pride myself on my near-constant state of curmudgeony). unfortunately, i seem to be under assault by that public nuisance referred to as the common cold, and i am officially tapping out.

i spent most of today wrapped up under the down blanket, going back and forth from a feverish stupor to wholly restless sleep. even now, when i have just had a hot shower and a cup of my go-to herbal concoction, all i can think about is the constant pounding in the middle of my head, and the growing tickling sensation at the back of my throat, and the constant drip drip drip sound as my sinuses de/re-pressurize from one side to the other.

me: i am not a happy cupcake right now.
him: i know.

outside, it 'feels like' a whopping thirty-something degrees below zero, and the high-winds have been blowing the ever-falling snow horizontally for more than twenty-four hours now. why do people insist on forming countries in such ridiculous places?

i had planned on taking a few photos of the snazzy cardi i knitted him for Christmas, but that will have to wait for some far less miserable time.

so... happy New Year, again, to anyone who gets excited about such things. 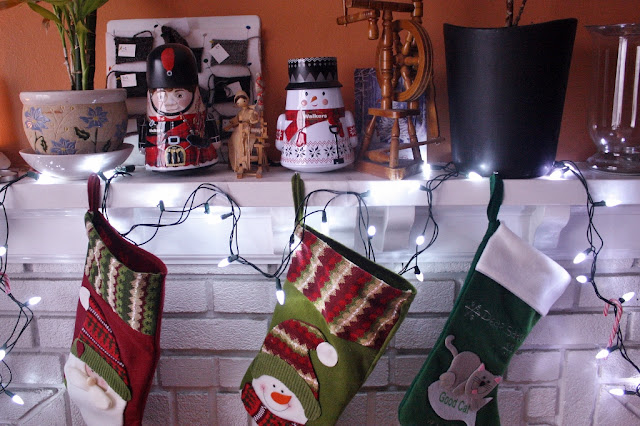 oh, and in case you are curious about the random things on my ever-changing mantle of madness, they currently include: 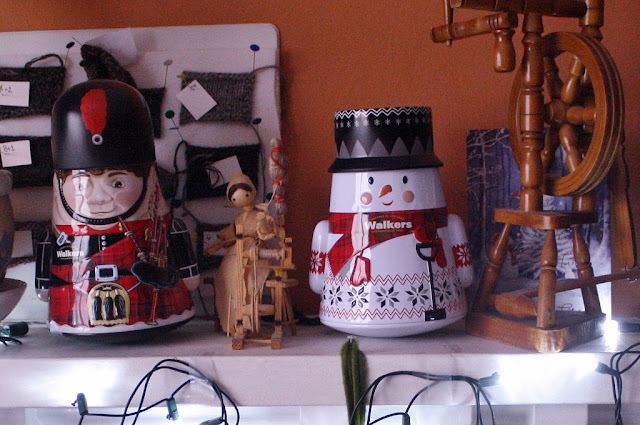 i blame my favorite animator for introducing me to these evil things. they each contained two small packets of Walkers shortbread biscuits (cookies, to my fellow Americans). "what could be wrong with that", you ask? "the biscuits are delicious", i reply. that never ends well. 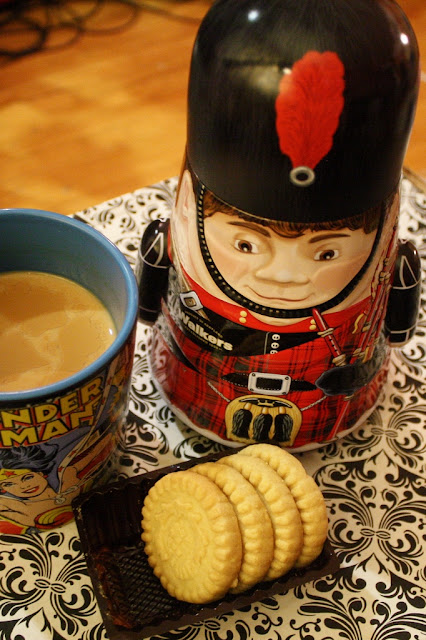 they make a variety of nifty tins, some specifically for the holidays, and others for whatever random reason you dream up. so, now that i have the snowman and the Scottish piper, logic dictates that i must collect them all. thanks, sweetie.