(wo)man-listening and other attempts at tying up loose ends...

i am working on a baby blanket, and i may have to disown my own mother before it is done. now, let me just take a moment to clarify (for anyone who may be jumping to so-not-ever gonna-happen conclusions) that this blanket has less-than-nothing to do with me.

i do not usually take special requests, but mom is extra-special, so knit a blanket i did! the pattern is the Daisy Garden Baby Blanket by Stephanie Boozer. it is a free pattern, but i could not find it where it was supposed to be posted. i contacted the designer, and she emailed me a copy. thank you, Stephanie! there is technically enough blanket to call it quits at this point, but i really want to get every last inch centimeter of this yarn out of my home, so i am going round and round the edges to use up as much of it as i can before giving it a quick wash and tossing it in the mail. hopefully i will remember to take a few quick pics when it is done. till then, it will remain a scrunched-up mass that i carry from room-to-room like my very own ball-and-chain. thanks, mom. 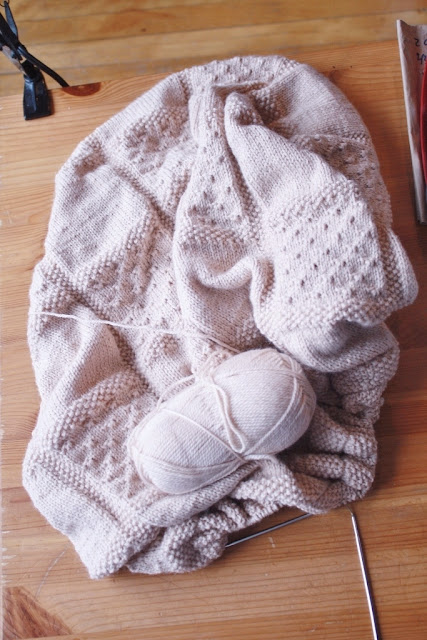 there is also the never-ending project i like to call the "slow burn", parts of which are currently housed in a box that once contained a pair of men's snow boots (sized US11, if you really need all the details), but i will soon have to find it some more spacious digs. 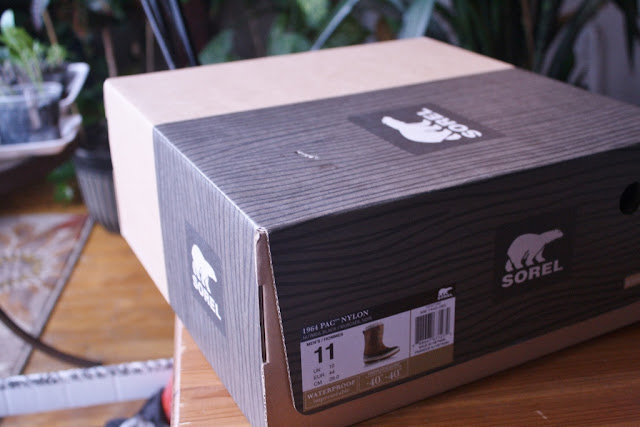 open the top to reveal... a colorful square. 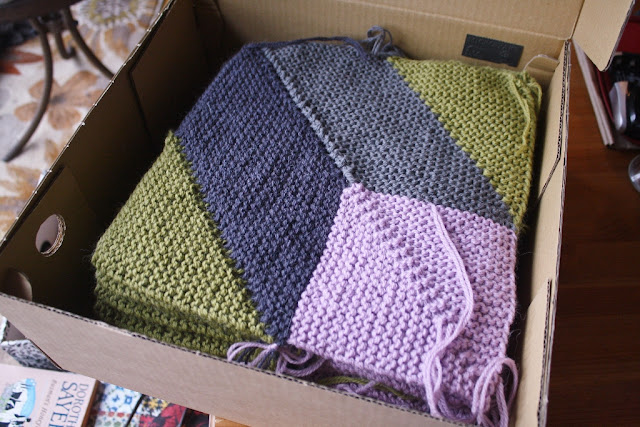 it is actually a whole stack of colorful squares. 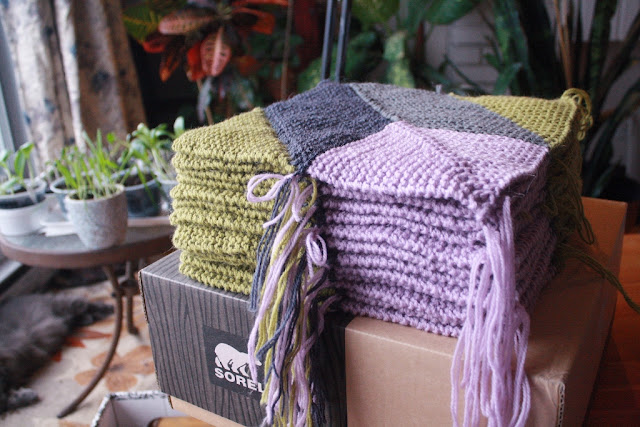 i mentioned, somewhere back in August last year, that i had unearthed some yarn from deep-stash that i planned to use for a long-term project. 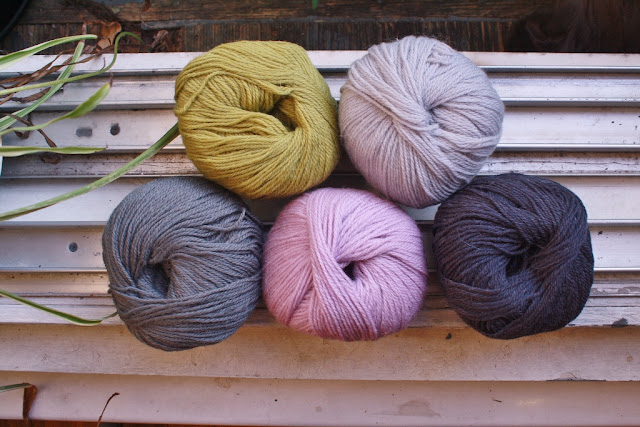 that project is the Bright Star blanket by... you guess it... Norah Gaughan. you probably already know how i feel about Norah, but i was genuinely obsessed with this blanket for at least a few years before i found the courage (and the yarn) to give it a go. the blanket consist of large mitered squares that will be joined together to magically form the overall design. i am almost done making the first set of squares (all sixteen of them) before moving on to the next motif. for the record, these are not dainty little squares. oh, no no no! note Altoids tin for comparison. the people over at Altoids are gonna owe me big time when this becomes a universally-recognized unit of measurement. 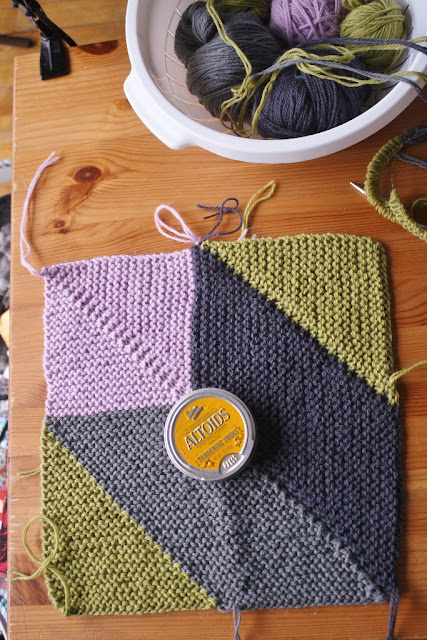 this is a paid-for pattern, so i will not go into any specifics of the design, other than to say that it employs a whole lot of intarsia, which involves using different yarns to create blocks of color within a piece. an eponymous technique is commonly used in woodworking to create end products that are pieced together almost like a jigsaw puzzle. in knitting, this requires the juggling of more than one ball of yarn within the same row. for this project, i am using four balls at a time to create most of the square before switching over to the lilac section.

this is the setup at the start of a new square. note the use of four balls of yarn at this point. 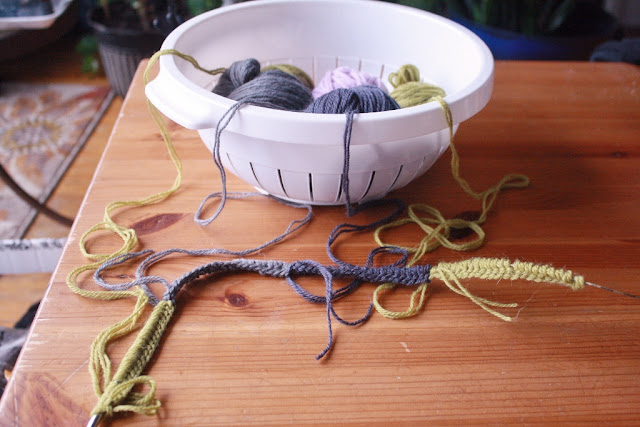 for the sake of sanity, i keep the active balls in a plastic bowl. yep... not gonna touch that one. moving on. 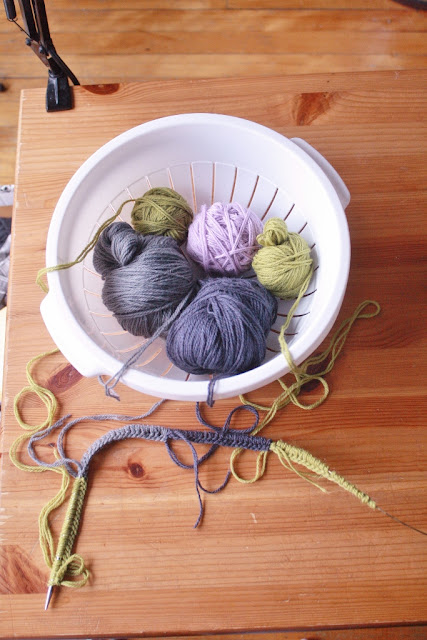 to make things even more joyous, i am using the yarn doubled (as it was too thin for the project), which means twice as many ends to weave in when it is done. yep... definitely gonna be taking my time with this one. 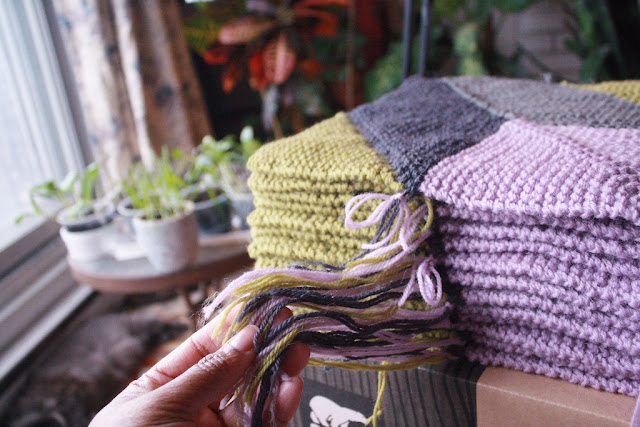 in other news, the seedlings are coming along just fine. i added a light over the table to give them a bit of nocturnal encouragement. it is not a regulation grow-lamp, but i figure every little bit helps. 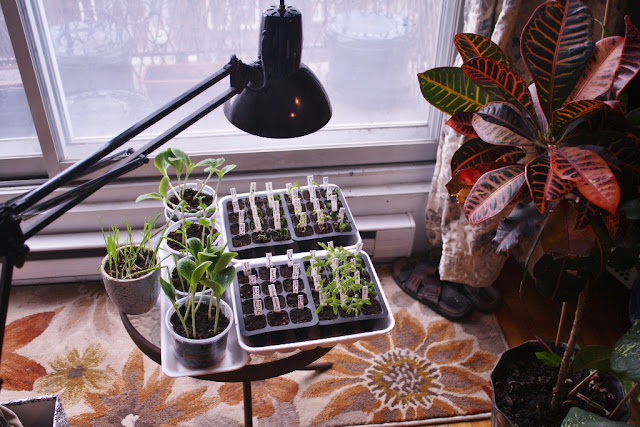 the kitties have had already had a go or two at the cat grass, so it looks a bit mangled. i would like to say that it is a reward for good behavior, but there are no words for that concept in their language. 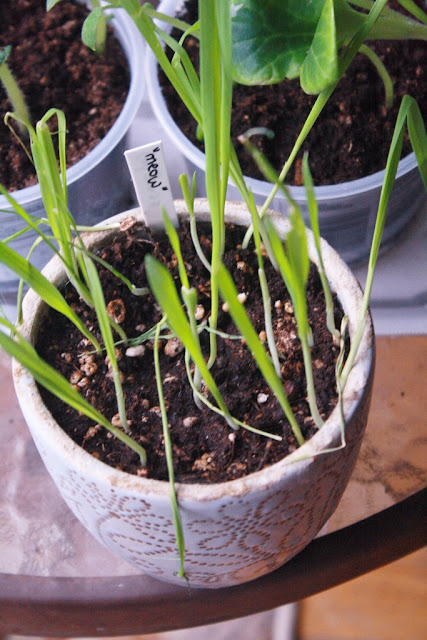 as expected, the zukes were the first thing out of the soil, and they are already outgrowing the container. if you look closely, you just might spot a cat. 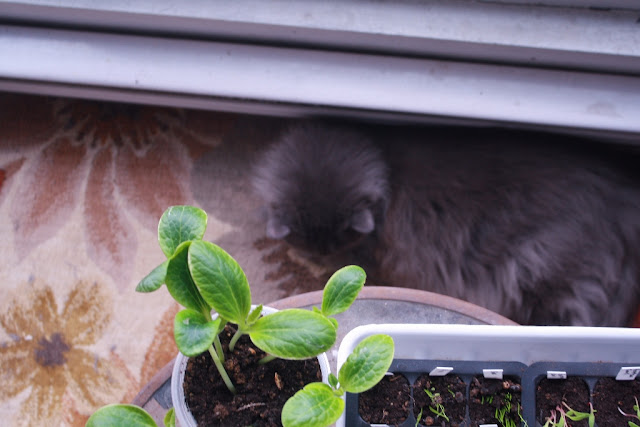 seems she has found a new fave place to nap. 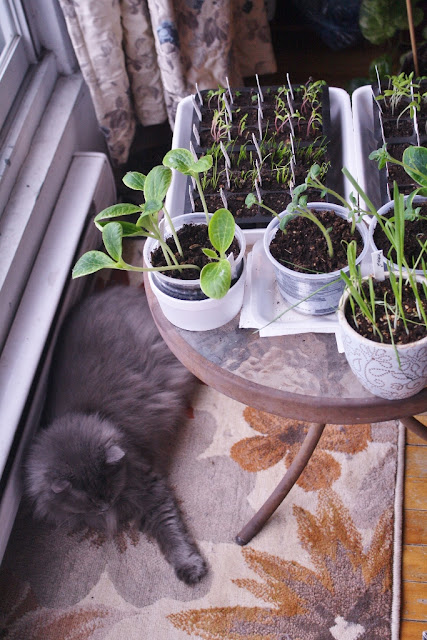 then there was that minor epiphany while washing shampoo out of my eye. [random aside: do not ever try to make sense of life while soap suds are sliding down your face]. i had just finished a long conversation with mom before hopping in the shower, and i was replaying the conversation in my head. well... i was replaying my behavior during most of the conversation inside my head, when it hit me. that must be what man-listening feels like.

she said something, and i responded with "uh huh". she even paused a few times to ask if i was listening, which is when i switched briefly to, "yep... still here", before going back to the standard "uh huh". i could not wait to share this new revelation with my favorite animator.

me: i have to talk about this in my next post.
him: you know your mom will kill you if she sees that, right?
me: she doesn't read my blog.
him: you told her about it.
me: i may have mentioned it once or twice... but i doubt she was really listening.