wee taters and other signs of real Spring...

[i am overdue for a post-a-day week... starting off shortly before midnight... on a Wednesday. that is the only acceptable way to do such things.]

it is the tenth day of Spring, and if you look closely, you will see the lightest sprinkling of snow floating through the Montreal air. i am convinced that these people are only happy in the presence of ice and cold.

on the sunnier side of life, i finally got around to sowing a few seeds for this year's balcony garden. 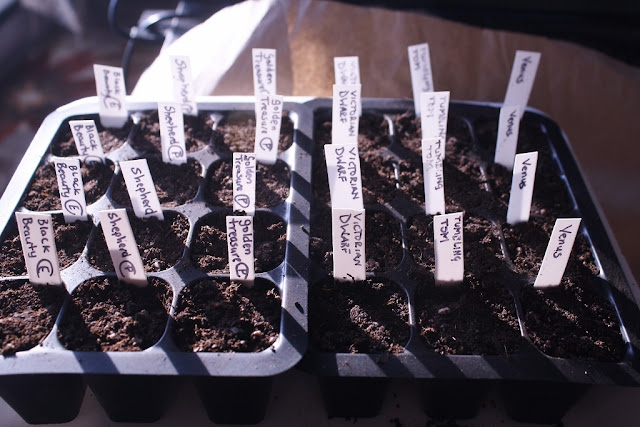 yes... i should have started them a month (or so) ago, but that type of on-top-of-things-ness is not part of my programming. plus, there was the subject of all that wacky weather. most of the snow melted following the big storm i mentioned in the previous post, and i was convinced that we were in for a super-early Spring, then Canada happened again. i give up! 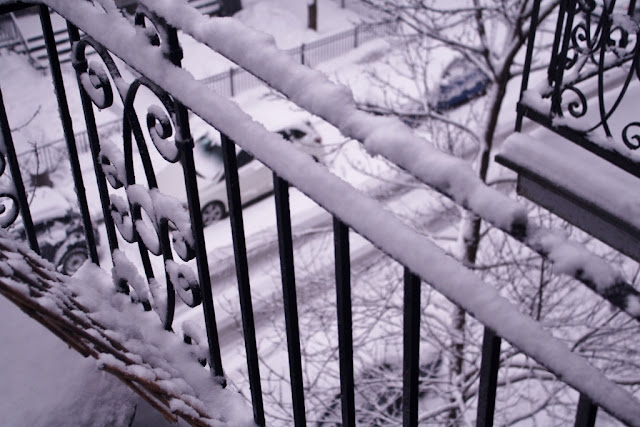 i spent a couple weeks deliberating over starting from seeds or just purchasing seedlings come Spring... like real Spring, not just a date they circle on the calendar to give me false hope. there will likely be a bit of both, but it is always fun to get your hands dirty for a good cause. the seeds were leftover from last year, so hopefully something will grow... hopefully. i hurried through all of the planting and i was about to put away the soil, when i remembered the wee taters.

regular readers of this forum (all two-and-a-half of you) might recall last year's adventure, where i planted some spuds that had gone full-on 'Little Shop of Horrors' in the back of a kitchen cupboard. fast-forward to the harvest, and there were a few wee taters hiding among the crop. 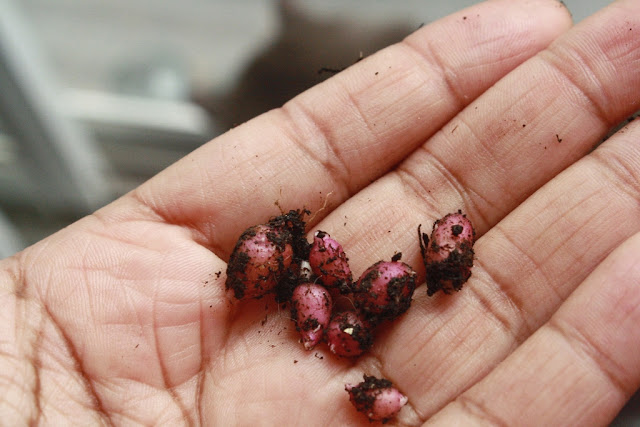 it would have been sacrilegious to throw away such adorable things, so i put them on an open shelf in the kitchen, behind the jar of honey, and proceeded to forget that they existed. then one day i was making room for a new honey jar, and... quelle surprise!!! 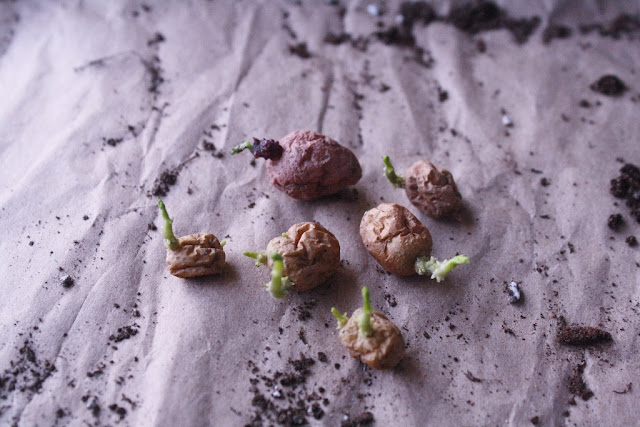 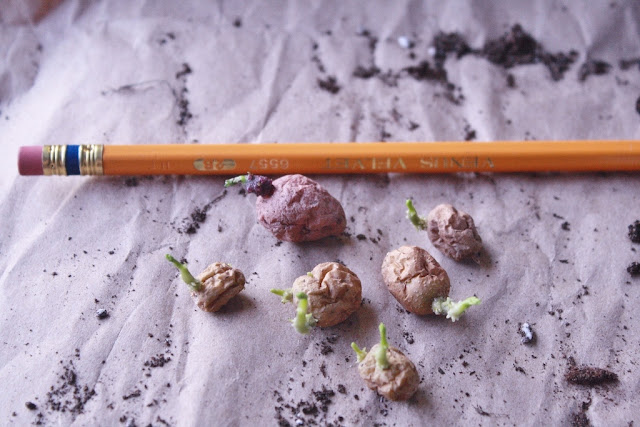 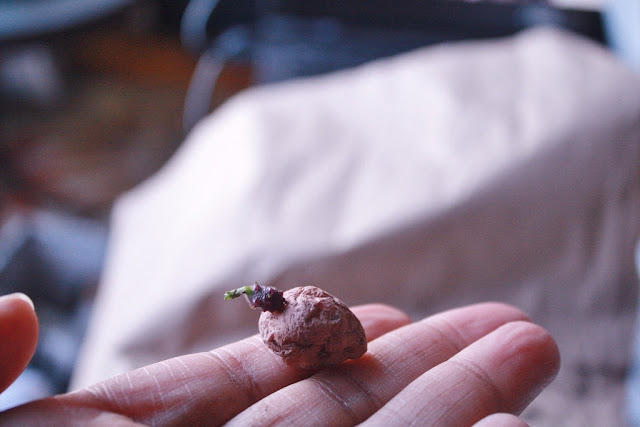 i punched some drainage holes in the bottom of a couple re-purposed yogurt containers... 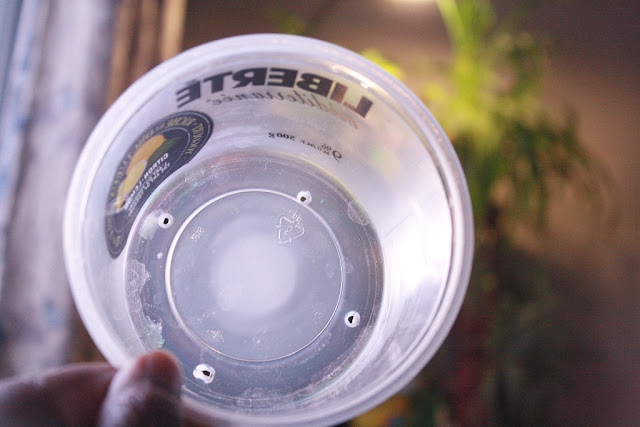 added a centimeter (or so) of soil... 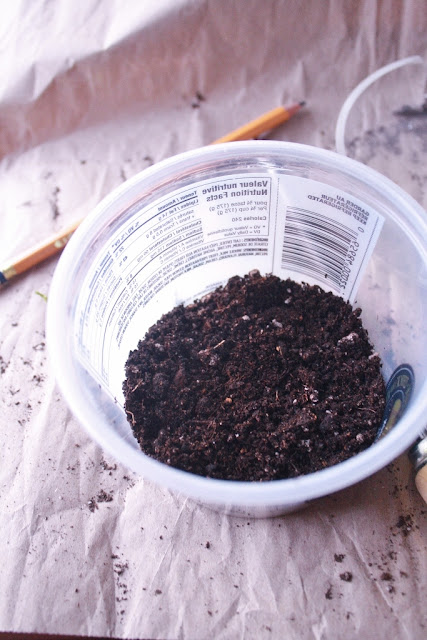 and divided the wee ones between the two "pots". 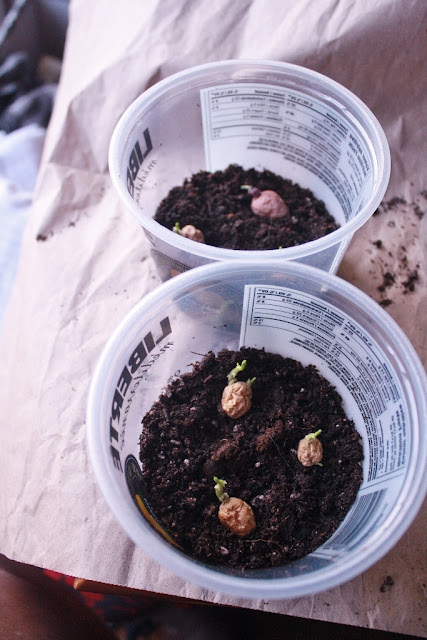 that red one looks like an alien duck floating on a pond of industrial runoff. 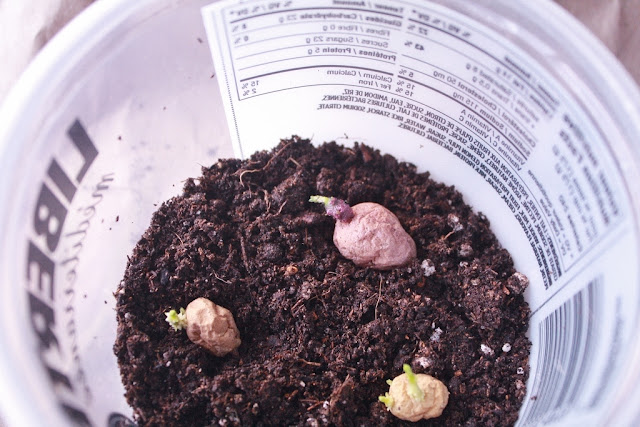 the last step was to top them off with a bit more soil. as with planting normal-sized taters, i covered them up until the tips of the the shoots were just visible... so like another centimeter and a half (or so... i did not measure it) of soil. 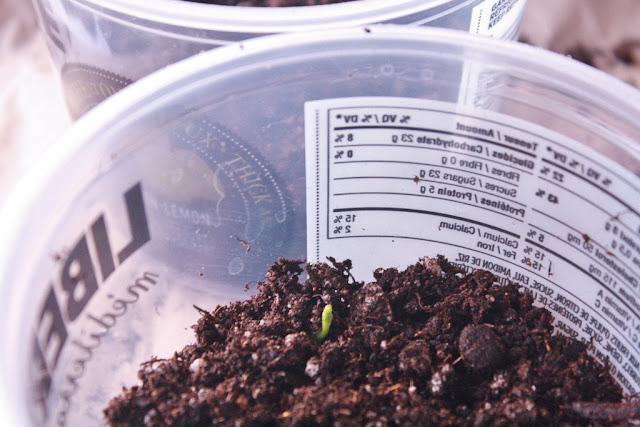 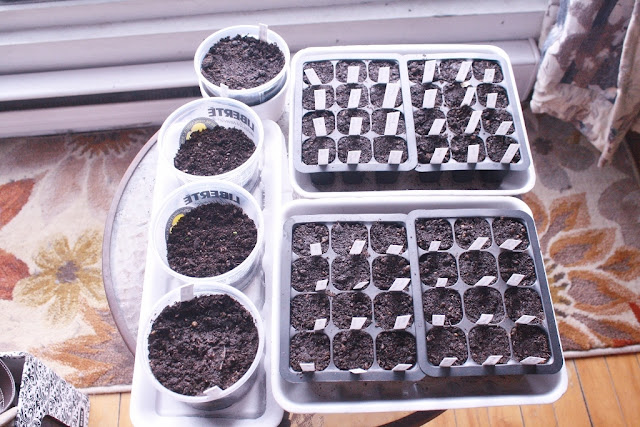 all that was left was to give the newly-planted things a good bottom-watering. there is a joke in there if you look hard enough. however, in botanical terms, it simply means pouring the water into the bottom of the tray and allowing it to soak up through the soil. 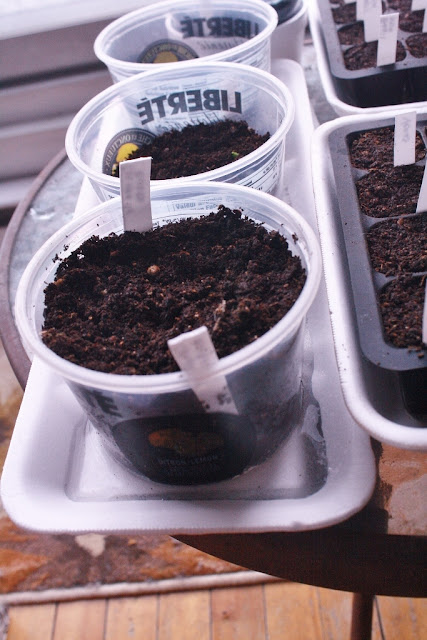 i also grabbed a small plant pot and tossed in a few pinches of cat grass for my two best girls, because they too are anxious for the arrival of real Spring. 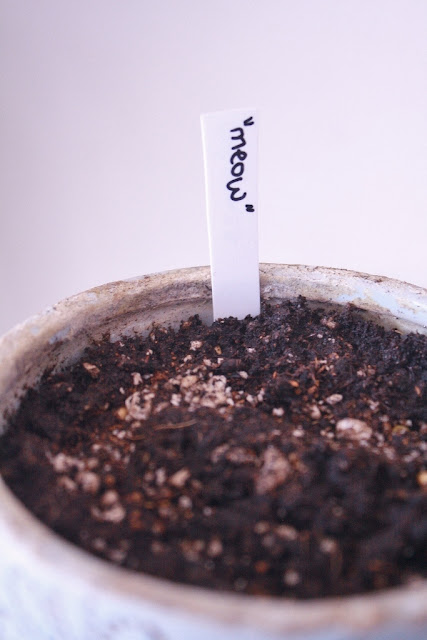 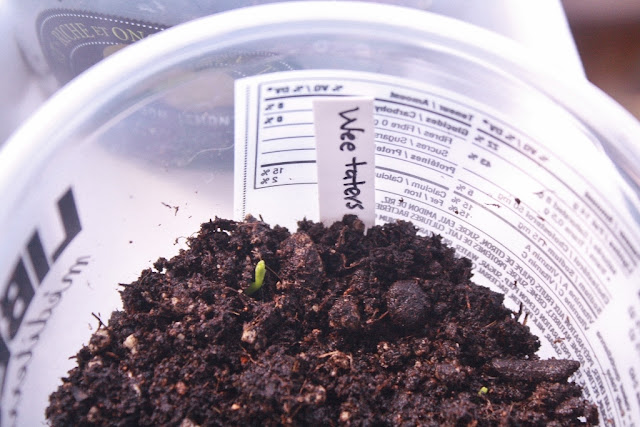