i was trying to come up with a good subject to wrap up my week of posts, when one pretty much fell into my lap. 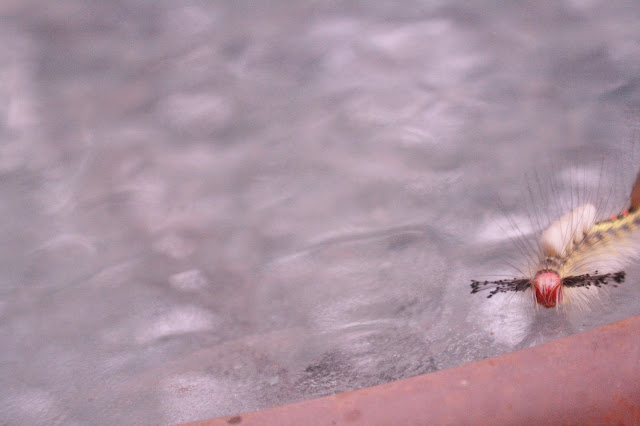 allow me to paint you a picture...

it was a lazy Saturday afternoon here at casa gnu.  following a late lunch from the new Pho place around the corner, we retreated to the nearest cozy space (he grabbed a cat and a brush and headed for the balcony... 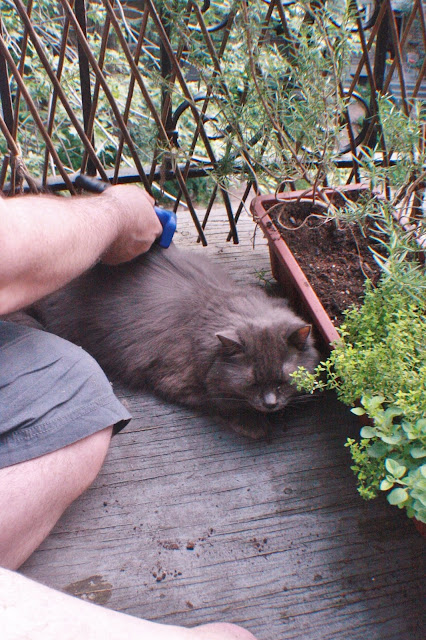 and i grabbed a basket of yarn and assumed a crossed-legged position in front of my laptop). 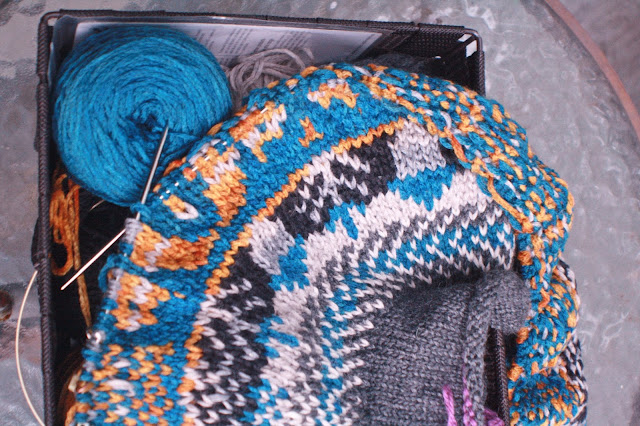 when what should drop, quite literally, from the sky but this little guy... 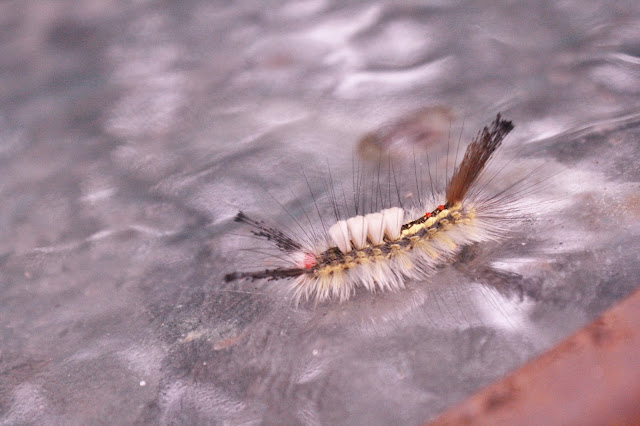 so i run to grab the camera, cause that's what one does in these situations, and i start snapping away.  i was moving in to get some closer shots when this happens...

in case you missed it... it looks left, looks, right, then raises its large antennae thingies and bares its fangs. 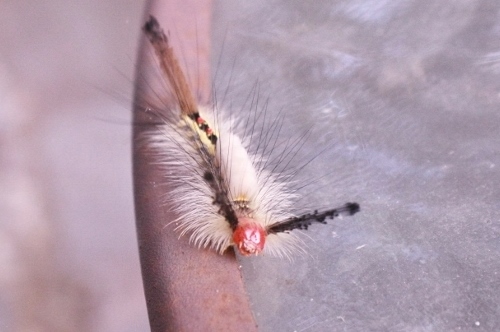 through the lens, it looked like something from a Godzilla movie. i swear i even heard some hissing, but that might have been me shrieking with fright. at this point, my favorite animator's behind me laughing his head off while i'm screaming, "it's gonna eat my face", over and over again. trust me, you would have done the same thing.

this is when the situation went from interesting to downright frightening. being the caring coward that i am, i suggested we move it to a different location, lest a bird (or one of the cats) kill it.  the maple tree seemed like a good enough place, since it probably fell from there in the first place, so we he picked it up with a piece of paper, leaned over the railing, and deposited it on the nearest leaf. 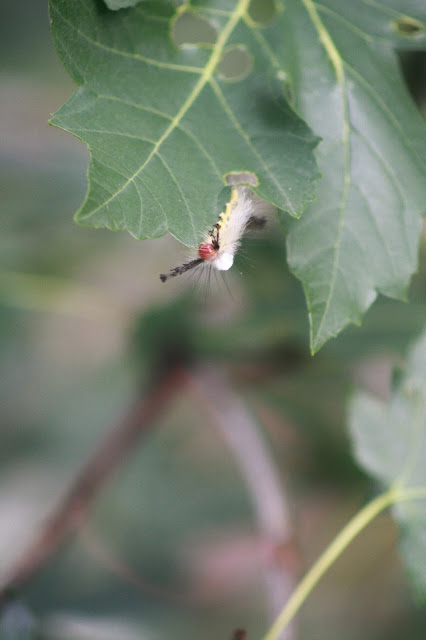 it was a bit breezy out, so it took him a few seconds to get his bearings, then he turned and wandered off into the canopy. 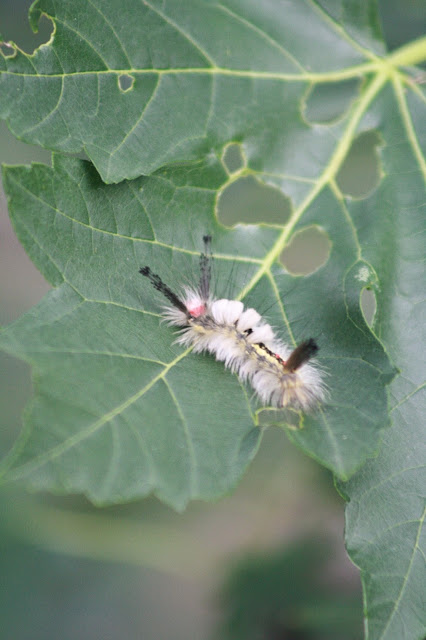 after a bit of Googling, it seems to be the caterpillar of the White-Marked Tussock Moth (Orgya leucostigma).  it's a potentially destructive pest to a wide-range of trees, which is probably why our maple looks like swiss cheese.  beyond that, it is poisonous! the hairs are hollow and contain a toxin that is released on contact (similar to the noxious stinging nettle).  the effects can range from a severe rash to respiratory difficulty on par with an asthma attack.  so, i've more or less ensured the survival of a tree-destroying, poisonous pest. yep.  pretty much.

Email ThisBlogThis!Share to TwitterShare to FacebookShare to Pinterest
Labels: summer