brown paper packages tied up with string... and things...

pardon my dopey grin.  that's just the afterglow of gastronomical delight.  while the combo of cheesecake and a large cup of tea does not exactly scream lunch to most sane folks, it was all for a good cause.  i swear. 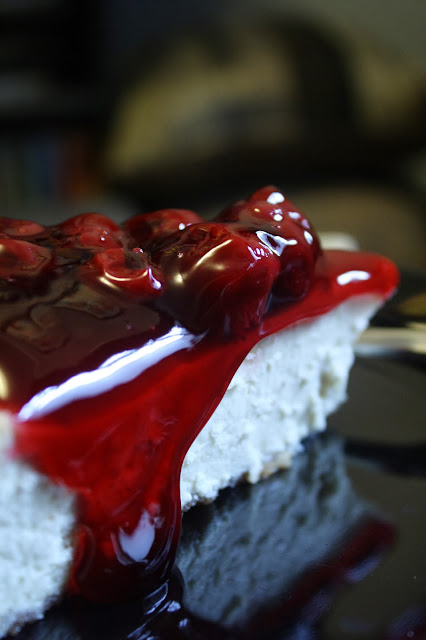 see, what happened was... i bought a can of that cherry pie filling stuff, and i ended up using only a few spoonfuls, so i was forced to bake something to use up the leftovers, and (being in a low-or-no wheat state of mind) it had to be something i could actually enjoy myself... ergo, cheesecake!  i had to cut a wedge to take a photo while there was still decent light coming through the windows, and, seeing that it would be very difficult to slide the wedge back into its original location without making a huge mess, i was left with no choice but to consume it... ergo, cheesecake for lunch!!!  i love that brand of logic... tasty, tasty logic.

i wish i had some fancy recipe to offer, but i pretty much stick to the Classic Cheesecake formula, adding and subtracting ingredients as suits my mood.  the current offering contains the juice and zest of 2 limes.  i went for more of a shred than a fine grate on the zest because i like the extra burst of liminess that comes from biting into the bits.

on the other end of things, i have come to terms with the fact that i am one of those people who are more fascinated with process than product in their crafting pursuits, so i have to resort to delayed gratification and downright bribery to get projects completed... which brings me to the cardboard boxes that have served as the proverbial carrot-on-a-stick in recent days.  first there was the box that arrived late last week from Fibre Garden. i did open the outer box to double check that everything was accounted for (a few skeins of bulky yarn that was on sale, some colorful silk fibers for future spinning adventures, and a small box nestled below all of that).  i placed the smaller, inner box on the edge of the table, where i had no choice but to stare longingly at it every time i walked by over the next few days and dream of the moment when i'd finally get to break the seal. 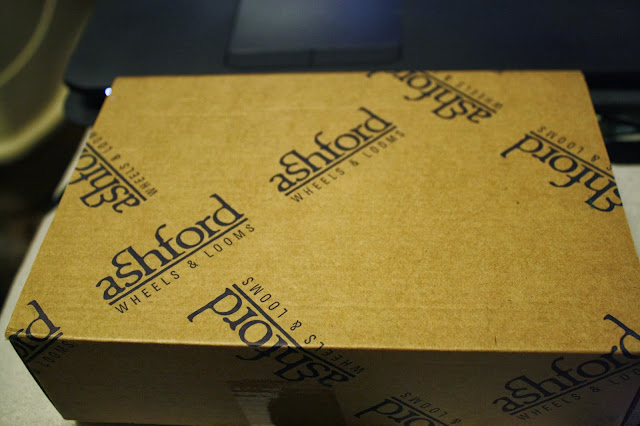 but first, i had finish the blanket i was working on for my friend's baby (who will arrive any day now) and get it sent off in the mail before the kid is old enough to drive.  it seemed like a good time to ship off a few other things that have been piling up over the recent weeks.  so there i was on Tuesday, stumbling up to the post office counter carrying a pile of packages as high as my head, the largest and most special of which contained this assortment of goods for the baby-to-be... 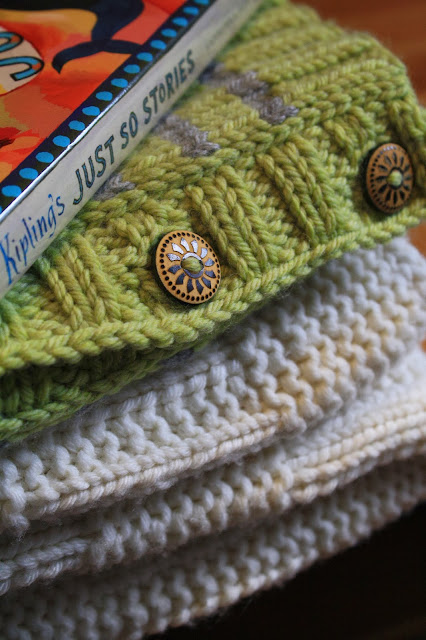 with that done, i could finally tear open the box and start playing with my new hand carders... 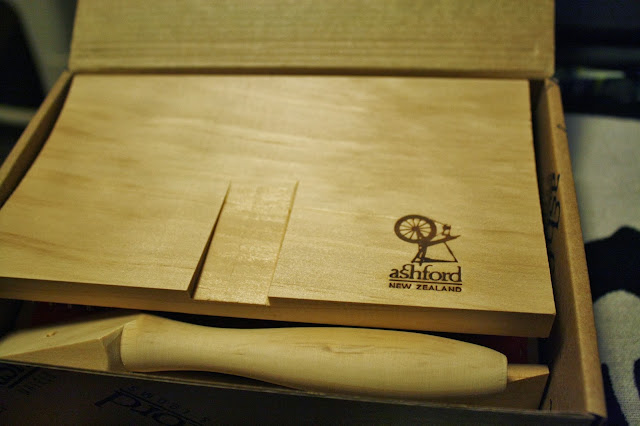 the double-bed of tiny, sharp pins guarantees that i will injure myself at some point in the not-too-distant future, but that's half the fun. 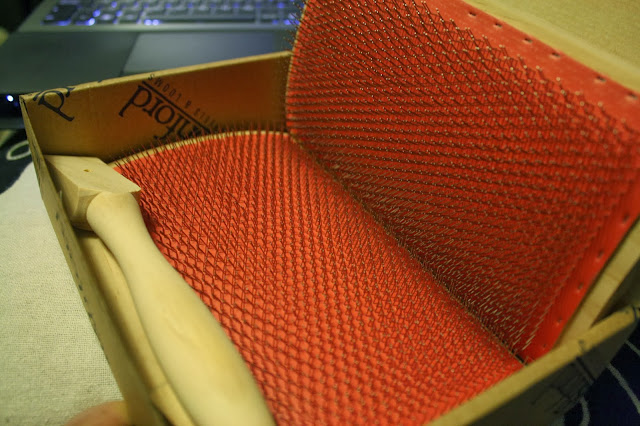 i added a few drops of wood glue before securing the handles and finished it with a layer of furniture wax followed by a pass with some super-super-fine sandpaper, one more layer of furniture wax, and topped it off with a good buffing with a soft rag.  the wood is satiny smooth and i can't wait to see the patina it takes on with continued use. 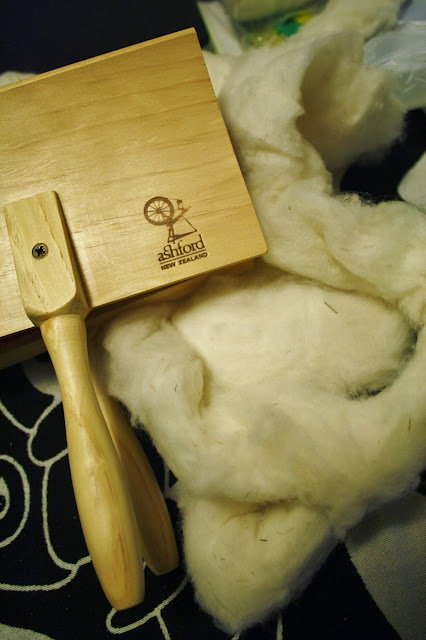 there i was, feeling mighty pleased with myself.  i pulled out the bag of white and brown alpaca fleece (not pictured) that i've been holding on to for more than two years now, resisting all temptation to start spinning until i could get them properly blended together, and set to work at said task yesterday.  it was going really well... until late in the afternoon when this arrived... 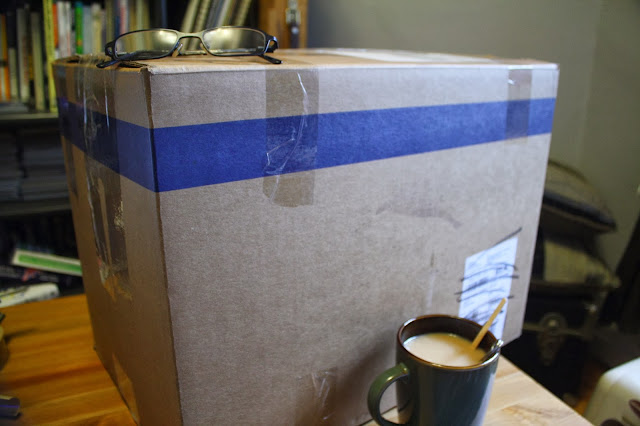 so, now i have to wait until i've finished carding the alpaca (gonna go through the whole lot twice for maximum blendedness) before i'm allowed to open this new package.  i'm pretty sure there's a whole sheep (or something equally awesome) in there, but that will have to wait for some other day.